Now that the shack is cleaned, and I can move around down there and actually do things, what's next? It seems there's always a list of stuff to be done. These are the tasks that I hope to accomplish Amateur Radio-wise,  in the near future. 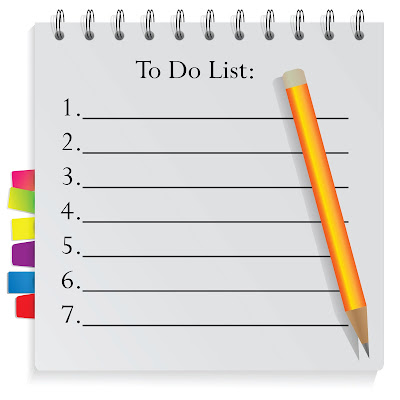 1) First and foremost - get the Skeeter certificates designed, printed out and mailed out. Yes, a new certificate is needed as this year's rendition (and hopefully, the certificate for years to come) will incorporate the new "official" Skeeter Hunt logo as designed by Jeff Murray K1NSS.

2) Finally get to building my Ozark regen receiver kit that I ordered from the 4 States QRP Group.

3) September 19th - QRP Afield.  Don't know if there will be any rule changes this year, but here's the link from last year.  Also the same weekend is the NJ QSO Party. I really want to attempt to make somewhat of an effort in joining in on the NJQP as a QRP station this year. Maybe I can combine the two events.

4) September 27th - Peanut Power Sprint - the season closer for the Summer outdoor QRP contesting season. This is an extremely fun event, and it's only two hours long - designed on purpose not to eat up your whole day. This year is the third year, and the first two years I came in 2nd place in the Salted Division. Will the 3rd time be the charm for W2LJ? Somehow, I doubt it!  ;-)

5) SET in October. Last year, I scripted an event for the South Plainfield CERT/RACES/ARES team. This year, I am expecting that we will be involved in whatever Middlesex County is planning. Our county's RACES/ARES program was dormant for a long time, as the Director became ill and no one immediately stepped to the plate to fill his shoes. We now have at least two really competent Hams at the helm now and we should be moving forward from here on out.

6) I recently ordered and received the upgraded KX3 heatsink from Elecraft. I want to get that installed and get on the air with the shack KX3 for some PSK and maybe some JT contacts. And maybe, just maybe, participate in the RTTY Roundup in January, which I have not done in about 20 years. For about five years in a row, in the mid 90s, I entered every year and always met my goal of making over 100 RTTY QSOs. That would be fun to get into again.

7) SKN this year will be conducted exclusively with the HW8. Again, I owe the pleasure of having this beauty to Dave KD2FSI. Ah, the memories! Thanks, again, Dave.  I don't think I'll ever be able to say that too much.

Of course, in between all this stuff comes important family and volunteer events that I am involved in. Family always comes first and supersedes anything else. Church and volunteer activities come next and then Amateur Radio. Whew! No wonder it's soooo hard when it comes time to actually stop, step back and take a breath for a while.  It gets to the point where all this activity becomes automatic and inactivity (rest, by any other name) just feels so weird and out of place.