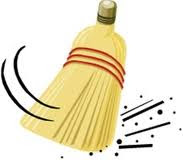 I have to say that this was a lot of fun, especially for something I really hadn't planned on taking on. But the other evening, when I had worked the first 8 Colonies before I had really even realized it, I became hooked.

There's still plenty of time for you to complete this, or even get started if you haven't already. The 13 Colonies event runs until midnight Sunday morning, so get behind the radio and start spinning the dial!