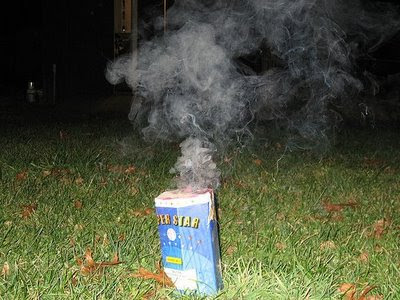 For me, at least, it turned out to be a dud, kind of like the firework above.  I worked less than a dozen stations and about three or four of those ended up being ragchews.  I was calling "CQ MI QRP" and I guess that was interpreted as a general "CQ QRP" call.  Hey, I met two new QRP friends that I've never worked before, so it wasn't a total loss! And I ended up catching up with some friends I haven't spoken with in a while.

I pulled the plug when the time between contacts became really excessive.  At that point, it's just better to go and read or get other things done.

Email ThisBlogThis!Share to TwitterShare to FacebookShare to Pinterest
Labels: contesting