I ran across this the other day, while I was in the Google Play store and I did a search under Morse Code: 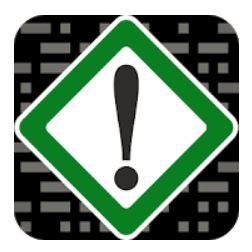 The name of the app is Morse Notifer Free.  There is also a Morse Notifier Pro, which you can pay for; but I chose to download and install the free version. What the app does is to let your smartphone ring using Morse Code instead of the usual bells, whistles, or tunes.

While the app does a whole lot of stuff, the feature I like the most is the SMS text message notification.  When a text message comes through, the phone will not only notify you that you have a message - but also who is sending it.  For instance, when my wife texts me, I hear "Message Marianne" come out of my phone.  On the other hand, if someone is texting me that I don't know - or if I haven't associated a name to the number, the phone will let me know that.  For instance, if I get a Nixle alert the phone will send "Message Unknown 88877".

I haven't fully explored all the possibilities, but it's neat to hear morse Code come out of your smartphone instead of the standard stuff.  One caveat, I believe, but am not certain, that this app is for Android phones, only.