You know that old saying, "He's a day late and a dollar short"?

I'm a day late in posting this, but it's relevant to all of us Amateur Radio operators, especially the DXers among us. For 117 years ago, on December 12th, 1901 a single Morse Code "S" was transmitted via radio from Poldhu, England to St. John's, Newfoundland, Canada. 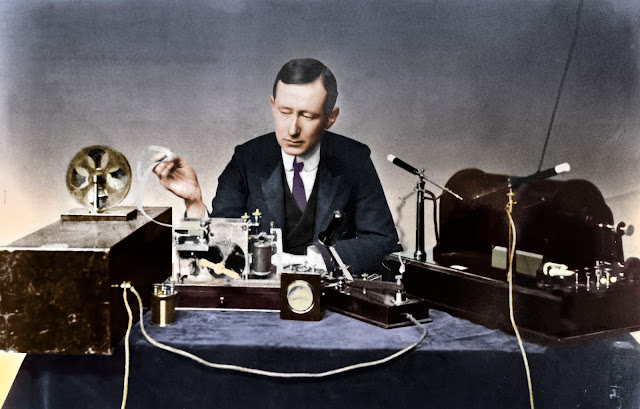 You can argue all day about who actually invented radio, but it was Guglielmo Marconi who first succeeded in proving that radio signals could traverse the Atlantic. His detractors, "The Experts" of the day, came to a "consensus" and insisted that radio waves could only follow the curvature of the Earth and would be limited to a range of 200 miles or less.

Marconi believed different and was able to prove them wrong.

You can read more about this, if you want, on the History Channel page for December 12th - https://bit.ly/2zWRsCV

I wonder what Mr. Marconi would think of modern QRP'ers, with our ridiculously short antennas (compared to the miles of wire he thought necessary) and our measly 5 Watts?

I think he'd be beaming and would be the prime SOTAteer.