Not playing by the rules

One of the "rules" that always made me chuckle, was from the sages who advise QRPers "not to call CQ". Again, these are the wise ones who equate QRP with weak signal. No one is going to hear your signal, so why even waste your time calling CQ. You're only going to get frustrated, right?

I was down in the basement today, soldering a few more components onto the kit du jour. I decided to put in the easrbuds and allow the KX3 to call CQ while I was happily soldering away. What I didn't expect was to get an answer on the very first shot. I had to hurriedly put down the soldering iron when my query resulted in a call from Alex UR3HC in the Ukraine. We exchanged 559 reports and we both went merrily on our separate ways.

So this confirmed a couple of things for me (once again).

1) Don't believe all the people who bemoan the facts that "the bands are dead". They aren't - at least not always.

2) QRPers definitely SHOULD call CQ. Again, your signal is going to be decent - somewhere. It may not be 599, but it will be audible and answerable - somewhere. Sometimes that may be only down the street, sometimes it will be halfway around the world. You may get lucky, like I did today and you may not. However, you're never going to know unless you give it a shot, so don't be gun shy.

The other thing I wanted to mention is that next Saturday (May 4th, 2019), the South Plainfield Amateur Radio Club will be setting up a field station to put NJ2SP on the air for the purpose of celebrating the Fifth Anniversary of our founding.  We will setting up a CW station (QRP) and an SSB station (QRO) at Putnam Park, here in town. The park has a pavilion, so even if the weather is less than ideal, we will still be out there. 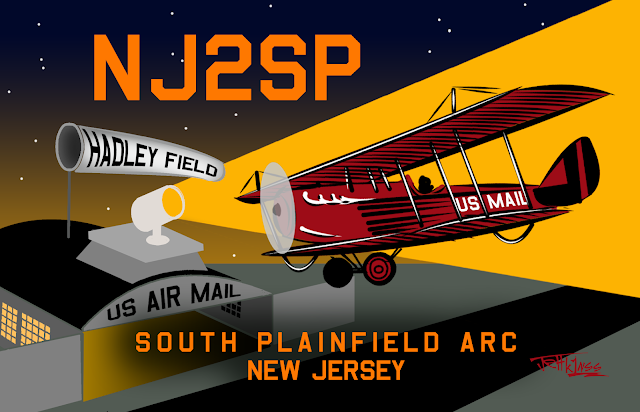 I'm the trustee for NJ2SP so if you look up NJ2SP or W2LJ on QRZ, both point to my home address.

This is an activity designed for the purpose of getting our newer members (also newer Hams) with less than a lot of HF experience, on the air. Hopefully it will entice a few who seem to get stuck on the VHF/UHF bands to set up HF stations at home.

Hope to work you!