I am at a loss for words, right now.

I saw this on Facebook this morning. I am shocked. And I'm struck that Joe passed on May 14th, the same date my Mom passed. 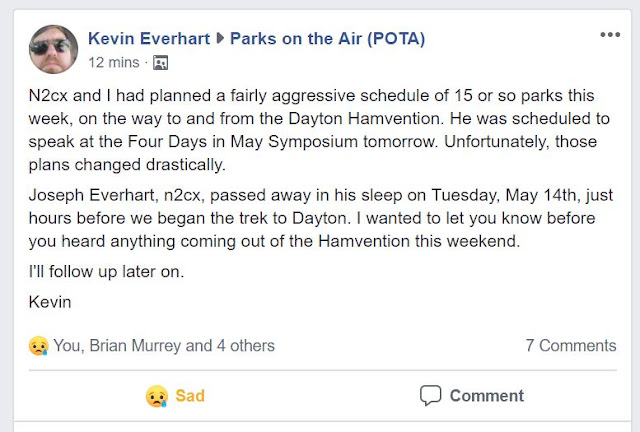 This was posted by Joe's son, Kevin. Joe was one of the pillars of NJQRP.

Joe was the permissive force behind the NJQRP Skeeter Hunt, along with George Heron N2APB. If it weren't for the two of them lending the prestigious name of NJQRP to the Skeeter  Hunt, I doubt that it would have become what it has. For that I will be forever grateful.

Joe was also quite the operator in the past few years. While he was never a stranger on the airwaves, Joe admitted to me during one of our talks that, when the NPOTA bug bit him, it bit him with a wallop. Throughout the 2016 NPOTA event, Joe was a familiar fixture on 7.034 and 14.060 MHz, giving out park contacts to anyone who could hear his signal. I have him to thank for boosting my own tally. 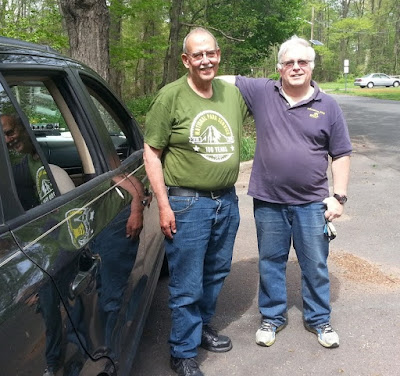 When NPOTA ended, Joe's appetite for activating parks did not! He and his son Kevin seemed to travel everywhere, putting parks on the air. When he activated Edison State park in April 2017, I took the opportunity to meet him for an eyeball QSO.

Joe was an all around "Ham's Ham". He operated, he designed, he built, he wrote, he mentored, he befriended - he did it all. He will be sorely missed,