Things have changed so much since I was a kid! To say that even sounds stupid in my head .... but things ARE so different. I've said this before, I'm a Space Age kid. I was born in 1957 and some of the earliest TV images that remain in my consciousness are watching the Project Mercury launches of Alan Shepard and John Glenn. I followed all three projects - Mercury, Gemini and Apollo like a rabbit in the middle of a carrot patch. I devoured every bit of information that I was able to.

Then came the Shuttle Program, and by then, I was a Ham. My 2 Meter HT was my constant companion as I would listen to the Shuttle audio re-broadcasts courtesy of the Goddard Spaceflight Amateur Radio Club.

But yesterday's launch of Dragon and Falcon-9?  Unreal! Awesome! Fantastic! And ....... so DIFFERENT!

Take for instance the space suits - I'm so used to the bulky things that were used in past times. Project Mercury and Project Gemini suits weren't so bulky, they had their own distinctive look. By the time we got to Apollo, the suits were pretty bulky. Look at the evolution: 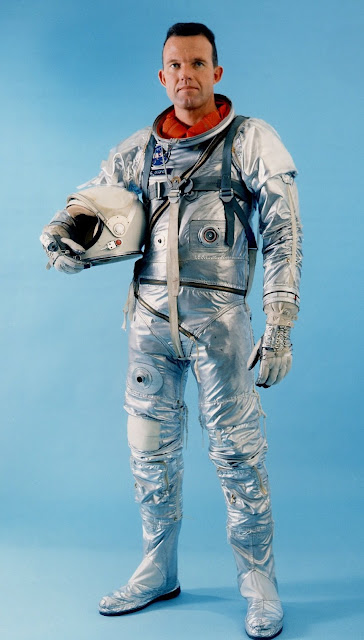 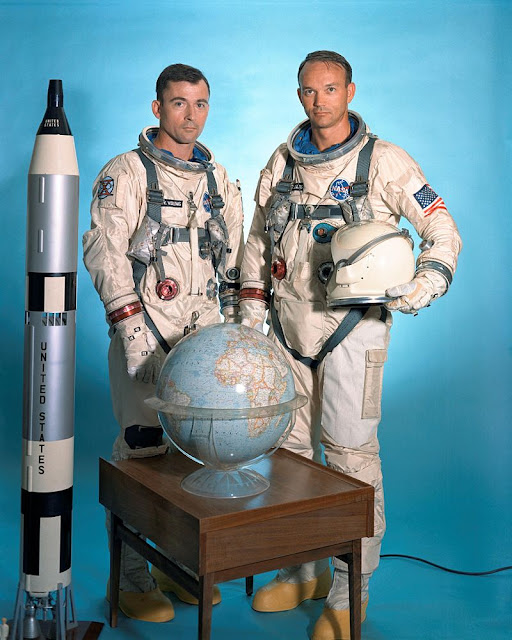 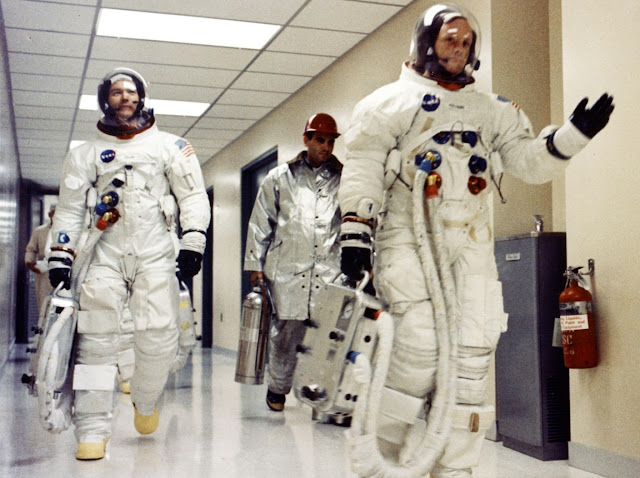 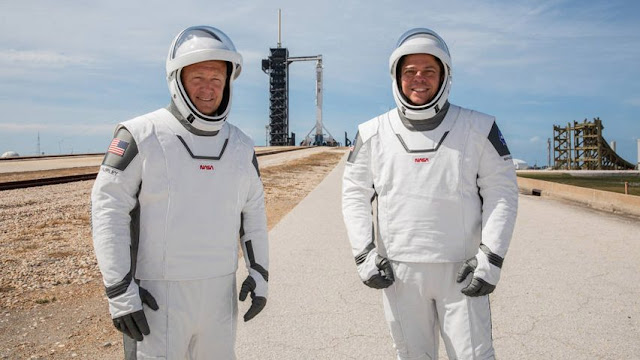 The Dragon spacesuits are almost form fitting by comparison! Another thing that seems so unreal was to see live real time video of the crew in the spacecraft. 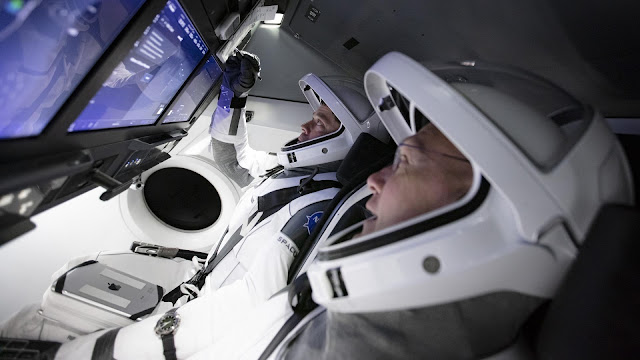 Back in the day, once the crew entered into the spacecraft, that was it. The only time you saw them again was if there was an in-flight video broadcast issued by NASA (or of course, the moonwalks). Yesterday, watching the launch, as Launch Control was talking with the crew, you could actually watch them give a "thumbs up" as they were given launch status reports. Then as the countdown was approaching its final seconds, you could not only hear, but you could actually see Commander Hurley say "Let's light this candle!".

This is the kind of stuff that I dreamed of and wished for as a kid.  A lot of the differences in the way this mission is covered is due to advances in technology. Instead of relying on the big TV networks for coverage, I can turn on my Roku streaming device and I can watch the NASA Channel via the Internet.

But the cameras aboard the spacecraft that allow you to see all the real time images ..... I have to think that a big part of THAT, is that this is a commercial venture. This is a Space-X mission, being conducted in partnership with NASA, as opposed to being a NASA only mission. And I think that as a public corporation, Space-X wants all the good publicity and coverage that it can get. To them, it's good business. And if that's the real reason, I don't really care. I'm enjoying every minute of this mission.

By the by, something to keep in mind - the Pilot of Dragon is Bob Behnken - who is also known as KE5GGX. Maybe he'll get a chance to use ARISS during his couple month visit aboard the ISS.