I gave it a shot.

As I stated in an earlier post, I started hunting Colonies on Thursday night. I did not chase on Friday, which was probably a big mistake; but it couldn't be helped as we had thunderstorms for most of the day. The antennas sat disconnected. With a day to go (and I have to work tomorrow) I find my self still needing K2B Virginia.

So I did a few other things. I must be one of the world's biggest procrastinators. I got some certificates that I had sitting in a file folder framed and hanging on the shack wall. 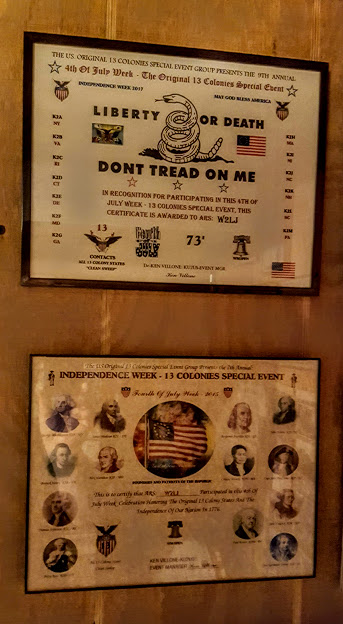 My NPOTA certificates from 2016 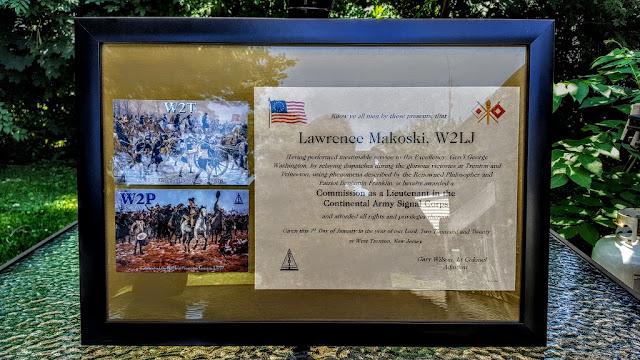 Battles of Trenton and Princeton QSLs and certificate from 2020.

Notice the progression of years? I may not be the quickest to get things done, but I get them done eventually!

I have set Ham Alert to notify me if K2B comes up on CW, and if I'm home, I'll run downstairs to try and nab them. I didn't intend to try for another clean sweep, but I guess I've gotten caught up in it.

As an aside, whomever was the op at K2C, Rhode Island, thanks for the "Hi Larry" that was a pleasant surprise.