I did something this Sunday morning that I haven't done in a while ..... I got on the air!

I decided to go down to the basement to hunt some POTA stations. I ended up working five in a very short time amidst working on a hardware issue. More on that later.

If you like working POTA stations but haven't downloaded the POTA Spotter app, you're doing yourself a great injustice. I have mine on my cell phone and was going from spot to spot to spot. 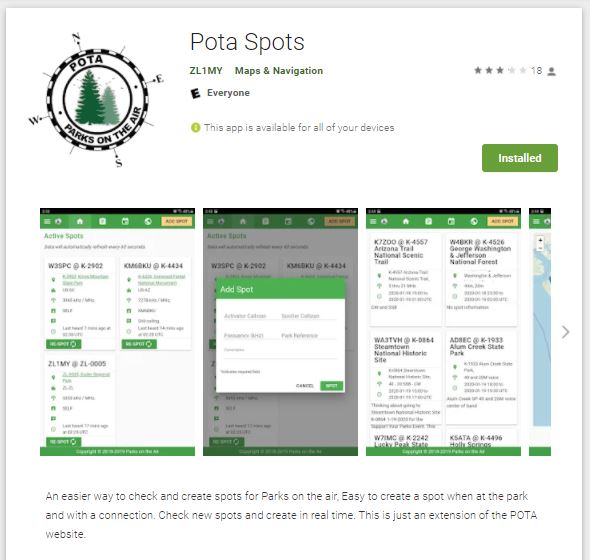 I tried working Tom K4SWL and John AE5X. I think Tom had gone QRT and I heard stations working John, but could not make out AE5X himself. But it was fun working the five that I did and the POTA Spotter made it easier than it would have been just twiddling the dial. To some purists, that might be "cheating", but I don't have the PX3 panadapter, so the POTA Spotter makes life just a bit easier.

Getting back to the hardware problem. It was solved by making up a new power cord for the KX3, because as I was working K8P, my KX3 shut itself off (or lost power) twice. Hoping that there was nothing wrong with the rig itself, I hurriedly hooked it up to my Field Day battery only to find that everything was OK. Whew!

I don't have any spare power poles on hand, or the crimping tool, but I did have a spare 3.5mm power connector. I took some heavy gauge speaker wire on hand and SOLDERED myself up a good old fashioned power cable. That solved that problem and I went on to work a couple more before going QRT myself.

I had forgotten how much fun POTA hunting is. I'll have to do lots more in the future!

Email ThisBlogThis!Share to TwitterShare to FacebookShare to Pinterest
Labels: POTA