Christmas is a comin'! 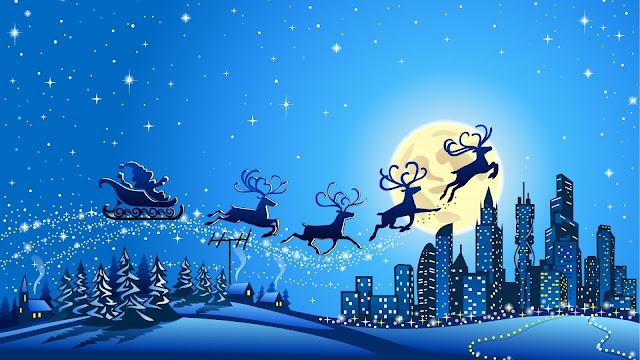 ‘Twas the night before Christmas
The shack was quiet as a mouse
Not an amplifier was fired up, or was warming the house.
The tree was lit up, all the presents were wrapped,
All the busy-ness was done, I should have taken a nap.
Rubbing my eyes, I turned towards the rig
To see if the bands might be hopping, activity big.
20 Meters was quiet, no signals to be heard
40 Meters seemed better, by the activity I was spurred.
I twiddled the dial, across the band the tuning knob purred
And to my surprise, I came upon a Morse tone that chirped like a bird.
It was a Ham In 8 Land calling CQ, kind of weakly
His fist was not shaky, but he was only S3
So I decided to throw out my call to see if he would answer me.
He told me his rig was homebrewed, not quite up to snuff
His first go at building, the design was still rough, but he had turned on the power,
Hoping he’d snag a QSO if conditions weren’t too tough.
We were both pumping five Watts
Sending our RF to and fro
He was thrilled his creation was working– his excitement was beginning to show.
We had a nice rag chew, on this Noel
Finally, he sent me his fondest farewell.
In turn, I bade him a Merry Christmas, and 73
I switched off the rig, took my hand off the key.
It was not a big deal, not an extraordinary contact, it would appear
Certainly, no great feat of DX – he was actually quite near
But it did my heart good to make another Ham happy at this time of year.
So if you hear a signal that’s not quite S9
Perhaps a bit warbly, or choppy or a fist touching a paddle for the very first time
Work them, if you can, it won’t cost a dime
To make a brother or sister Ham’s Holiday sublime!