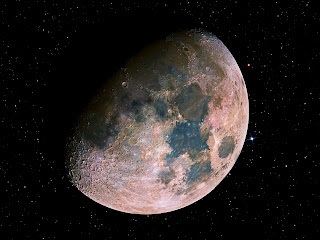 I cannot let the day pass without noting that tomorrow, July 20th is the 40th anniversary of the first Lunar Landing. Even though it's been noted on so many Ham blogs; and so many other places on the Internet, it is a very important date to me.

I grew up hooked on the Manned Space Flight program. I distinctly remember watching on TV the launches of Alan Shepherd's and John Glenn's Mercury flights. I remember the "grown ups" worriedly talking about John Glenn's troublesome heat shield on Friendship 7. I remember vividly Ed White's spacewalk on Gemini 4, as well as Gemini 5's "Eight Days or Bust" Mission, the rendezvous flights of Gemini 6 and 7. Who can forget the "angry alligator" Agena docking vehicle on Gemini 9 where the docking cover would not open? I also remember Gemini 8 and how Neil Armstrong calmly and cooly handled the locked maneuvering thruster problem and brought the vehicle down to an early, but safe splashdown in the Pacific.

When Apollo came about, I was a bit older and somewhere I still have cassette recordings of all the audio from CBS's TV coverage. In a box, in plastic bags, are safely tucked away the NY Times, NY Daily News and Newark Star Ledger from July 20th, 1969. As a 12 year old, I was glued to the TV that Sunday July afternoon and evening, when Neil and Buzz landed the Eagle on Tranquility Base, and then left the friendly confines of the LM to walk the Moon's surface. I still remember those ghostly B&W TV images like they were broadcast only yesterday.

I followed all the Apollo missions with zeal and I was wounded when NASA's funding was cut and Apollo 18, 19, 20 and 21 were scrubbed. I must have had every Revell space model there was, and I was into customizing them to make them look as realistic as possible. I remember that back in those days, you could write to NASA in Washington, DC and they would send you reams and reams of "NASA Facts" about the Manned Spaceflight Program - for free! I have the Mission patches of all the Gemini and Apollo missions mounted and framed on my shack wall.

And I watched and listened to Walter Cronkite through all of that. He and Wally Schirra were staples of my boyhood. They fueled in me a hunger to learn more about space and things technical. During my High School years, I had built by hand my own 6 inch Newtonian telescope. My dream was to study astrophysics and become an astronomer. Unfortunately, I do not have the flair for mathematics required for that; but instead the curiosity about technical things led me down other paths - Ham Radio being one of them.

When I heard the news the other day that "Uncle Walter" had died, it seemed fitting that it should be this time of year - around the anniversary of Apollo 11. For me and a lot of others, Walter was NASA and Apollo every bit as much as the astronauts themselves were.

I love keeping abreast of the Shuttle Missions and the progress of the International Space Station. But there will never, ever be quite the excitement and thrill of those early manned spaceflights. Those were the days!