The Warmth of a Friendly QSO

The chores and preparation for Easter are many; but I managed to get on the radio for a few brief minutes before heading out to Church for Good Friday evening prayer.

On 40 Meters, I called CQ for a bit to be answered by Buzz WA4AIM.  Something about that call seemed familiar and the mention of his name really jogged my memory.  The shack laptop was busy doing the latest updates to Windows XP; so even though I didn't have Ham Radio Deluxe to rely on, I could sense that  I was in familiar territory. 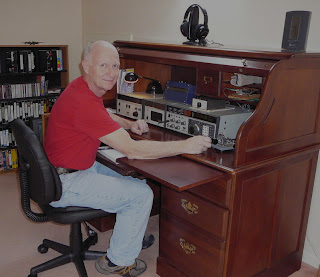 WA4AIM courtesy of QRZ
Buzz and I had last QSOed about three years ago.  Evidently though, Buzz keeps a lot of notes in his log, like I do.  He asked if I was still using the K2 and even asked me about Joey and Cara, my two kids.  That was really nice and during the conversation, I was able to start up the logging program.  Turns out that Buzz was still using his Ten Tec Omni 6 and his 80 Meter dipole.  The exciting news is that he's contemplating the possibility of a K3 in the near future.

Isn't this hobby neat?  Three years go by and you can pick up a conversation where you left off with it.  There's something quite reassuring and nice about that.  Amateur Radio has its share of quick, rapid "TU UR 599 NJ 73" type of QSOs; but it also has it share of "How are the wife and kids?" type of QSOs, too.  Those gems are what makes this all worthwhile.  And when you get to share the air with a really good fist, that makes it even more special!  Thanks for the QSO, Buzz - sure hope it's not another three years before we hook up again.