Father Maximilian Kolbe SP3RN died on this date in 1941. 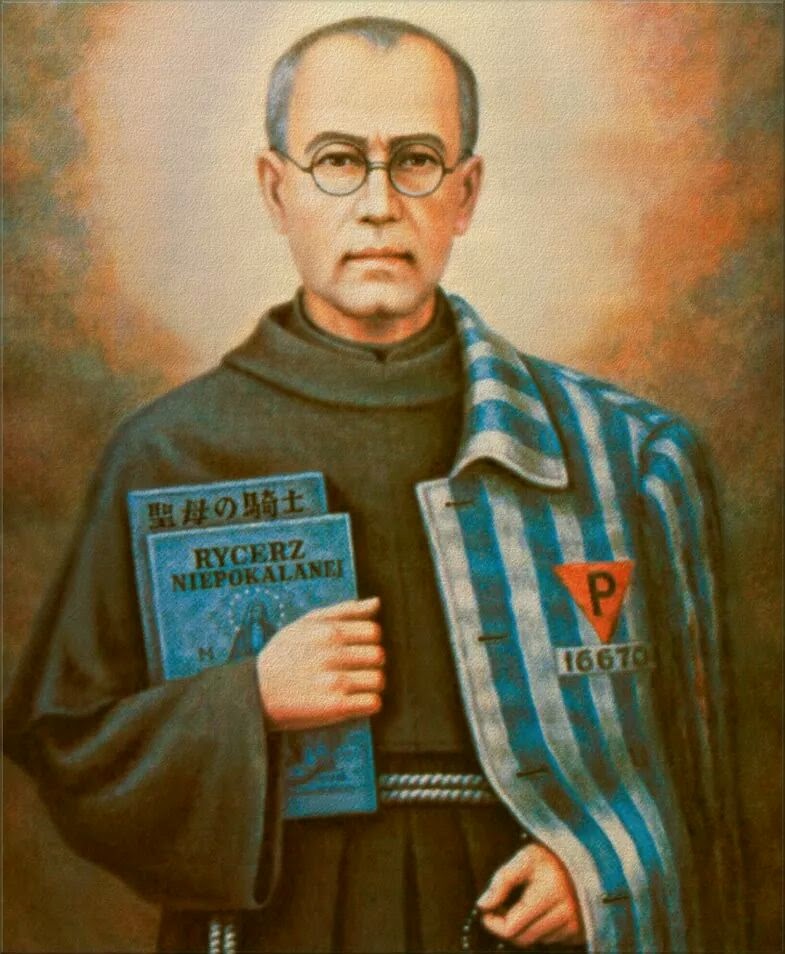 Maximilian Kolbe was a Polish priest who died as prisoner 16670 in Auschwitz, on August 14, 1941. When a prisoner escaped from the camp, the Nazis selected 10 others to be killed by starvation in reprisal for the escape.

One of the 10 selected to die, Franciszek Gajowniczek, began to cry: "My wife! My children! I will never see them again!" At this Father Kolbe stepped forward and asked to die in his place - his request was granted.

As the ten condemned men were led off to the death Block of Building 13, Father Kolbe supported a fellow prisoner who could hardly walk. No one would emerge alive - Father Kolbe was the last to die, when he was given an injection of carbolic acid to stop his heart.

Kolbe was canonized on 10 October 1982 by Pope John Paul II, and declared a martyr of charity.  He is the only canonized saint to have held an amateur radio license, with the call sign SP3RN.