The weekend is not over, but the family will be busy this afternoon, so I wanted to get a few words in. The Thanksgiving holiday was wonderful. The family came over, my sister and her husband, and Marianne's brother and his wife. 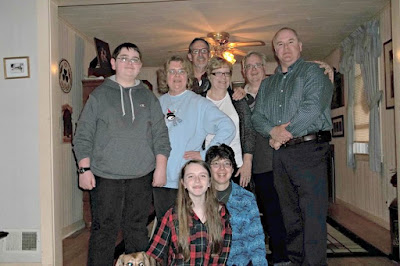 And we feasted on turkey, ham, stuffing, sweet potatoes, mashed potatoes, spinach, cranberry sauce and gravy. And the turkey came out nice and juicy. W2LJ didn't screw it up this year! 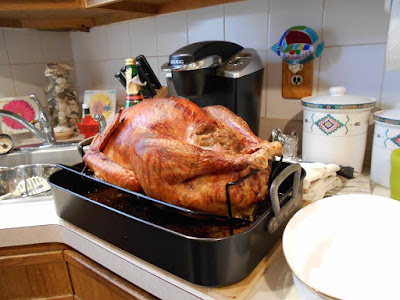 Friday was sunny and warm, a great day for getting outdoor Christmas decorations up. Not trying to rush the season, but I'd much rather string outdoor lights while the temperatures are in the mild 60s instead of when it's closer to freezing.

Friday night, Marv K2VHW and Dave KD2FSI and I headed up to the Fair Lawn Amateur Radio Club auction in Fair Lawn, NJ.  It's about a 45 minute ride from here and is very close to the George Washington Bridge.  This auction has become a Black Friday tradition and was very well attended. I bid on and won a McElroy straight key: 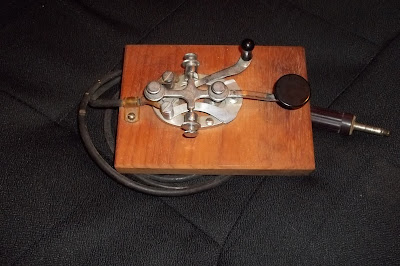 From what I have been able to gather, this straight key is about 1937 vintage and was constructed before they went over to the Stream line style base.

Better than winning the key was hooking up with Don Younger W2JEK while I was there. Don is an avid QRPer and his call should be very familiar to anyone who has entered a NAQCC or QRP ARCI Sprint or contest. We chatted for several minutes and it was good to catch up.

Yesterday and this morning was spent picking off stations and handing out points in the CQ WWDX contest that is running this weekend. I managed one ATNO. Mozambique C92ZO on 10 Meters yesterday afternoon. Since I'm in the contest just for the fun of it (any ATNOs that I can garner) I made a sort of game for myself of just hunting for and trying to work Polish stations. Band conditions are good, but not the greatest. Working stations with 5 Watts has been more of a challenge this year than in the past couple. I guess that's the consequence of the down side of a solar cycle.