You can't believe everything you read on the Internet these days, but I would sincerely hate to think this story is true:

I have since returned to using Log4OM, which I had previously tried and have no intentions of ever turning back!  This is my logging program for now and for the foreseeable future. 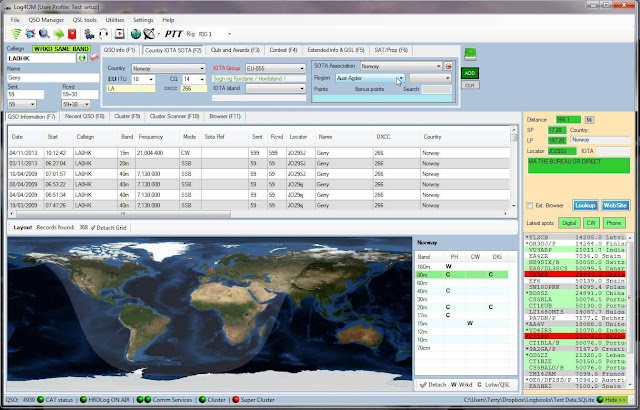 Log4OM was developed by Daniele Pistollato – IW3HMH. It is free and is actually very intuitive and very user friendly, in addition to being aesthetically appealing, as well.  Daniele and his team keep providing upgrades and support and even offer an excellent User Manual which is easily downloadable.  And if you should ever run into a problem that's not answered in the manual, there's also an on-line forum on which the developers keep a close eye. They usually answer questions in a day if not with in hours, and the team is very friendly and gracious.

If you happen to be one of those people who is a "visual learner", meaning that it works better for you if you can actually see the program in use, there are plenty of videos on YouTube which will show you how the program works.  There are also additional videos that go into deeper explanation as how to use the additional features, such as linking to eQSL and Logbook of the World.

If you want a free Windows based logging program that is easy on the eyes, pretty simple to use with a relatively small learning curve - look no further. Log4OM may be the solution for you!