Has it been raining a lot lately!  Rain, rain, and more rain. Last night, it was pouring "cats and dogs" when I went to bed. After a few minutes, I heard some rumbles of thunder (the first of the season) in the distance and I decided to head down to the basement to unhook the antennas.  A few moments after I had climbed back into bed there was a very bright flash, and the house shook from the vibrations of the thunder clap!  One of those times that I'm certain I prevented static damage.

Earlier in the day, I was able to work Sean KX9X/7 while he was operating from Devil's Tower, KFF-0920 in Wyoming. 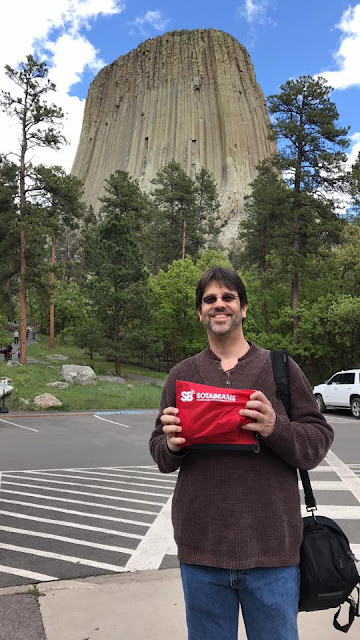 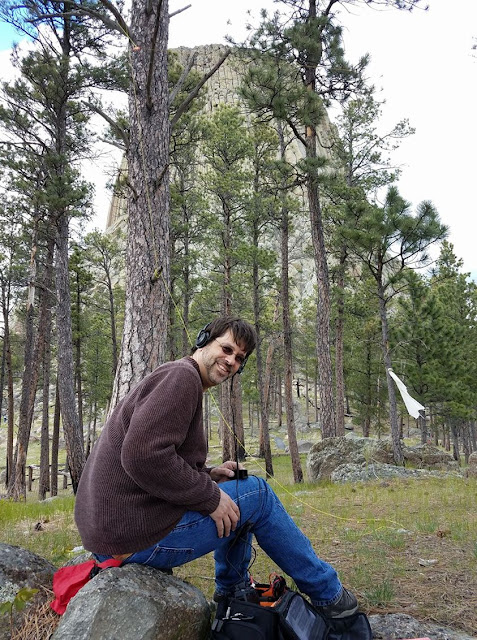 I had gotten home from work and sat down with the tablet for a few minutes after I had put dinner in the oven. I saw his Facebook postings and that he was QRV on 14.064 MHz, so I ran down the basement and tuned in.  His signal was about 449 with some QSB, but by turning off the KX3's pre-amp, I was able to tone down the background noise and hear Sean's signal more clearly.  It was enough that I was able to work him and get him in the log.

This weekend is a long weekend in the US, as on Monday, we honor the lives of our military men and women who gave their lives in service to our nation - Memorial Day.  The weather outlook for the weekend is pretty gloomy, with a chance for rain every day except tomorrow.  On Sunday, I was hoping to go and activate one of NJ's many parks for Parks On The Air. I would prefer to do that from a picnic table instead of from inside my car.  Rain is forecast for the morning and evening, with perhaps a break in the afternoon. I'll have to see how it plays out. Monday looks to be a washout.

On an encouraging side note, I found a place here at work where I think I can set up during lunchtime and resume my daily QRP sessions (once the weather dries out).  I got in really early this morning and decided to investigate the various parking lots around the buildings on campus.  The main parking area is underground, which doesn't do me a lot of good. However, I found that the lot also extends "up" and that if I park up there, it would be pretty much like operating at our old location. Not scenic, by any means, but in the open without many obstructions.  I can just imagine it now, as building Security patrols the parking lots ..... the first time they see the magloop, should I decide to bring and deploy it. LOL!