One of the major issues that I've had with my home brewed magloop antenna is the base. 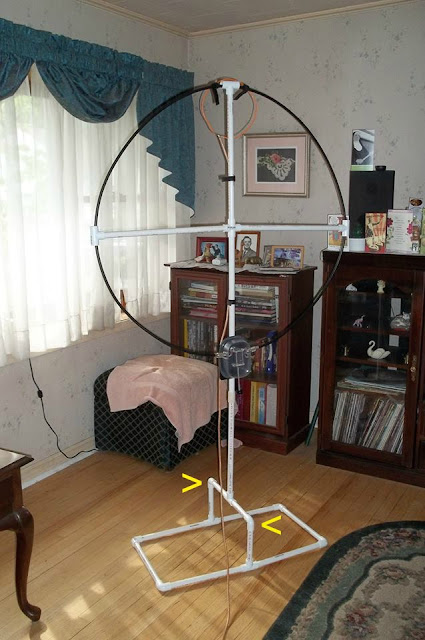 The first iteration was a totally home brewed base made out of PVC. It ended up being unusable as the antenna would pivot sideways at the two points indicated by the yellow arrows.  An accidental tug on the coax or a good stiff breeze would create havoc.

The second edition involved removing the PVC base and using the mini tripod that came with my Buddistick Deluxe package. 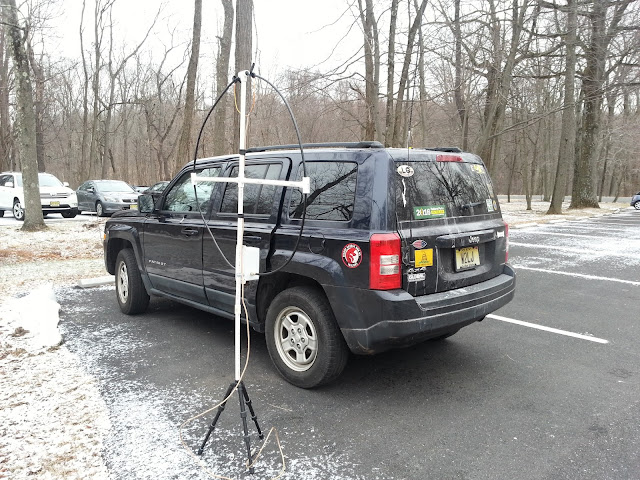 I took the center column out of the tripod and slipped the 1/2" PVC of the loop frame into the hole. It worked well, but as its name implies, it's a mini tripod. Even with the legs extended all the way (as shown in the photo above at Morristown National Historical Park), it was still very short and it occupied a very small foot print.  This solution was better, but not ideal as the whole affair was still entirely too top heavy and if I wasn't careful, or if it was too breezy ......... havoc ensued, again.

Wanting a better solution, I went to the Magnetic Loop Antennas page on Facebook and asked for opinions. Ido Roseman 4X6UB suggested going to the hardware store and purchasing a construction light.  These are halogen lamps that usually come with a stand. 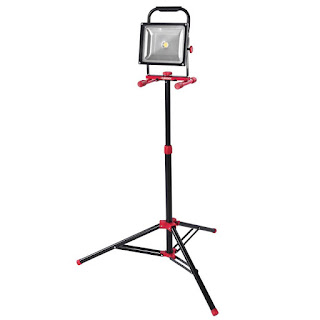 I went to Home Depot this morning and asked to be directed to the construction lights. Much to my delight, in addition to the lights mounted on stands, they also sold just the tripods.  I bought one of the Husky brand tripods for $19.00 and brought it home.  What you can't see on the photo above is a little box at the top of the stand that allows for quick mounting of the lights.  The quick mount is held on by four screws. Removing the screws and the quick mount box leaves a hollow tube that is just wide enough to slip 1/2"PVC into with no trouble. 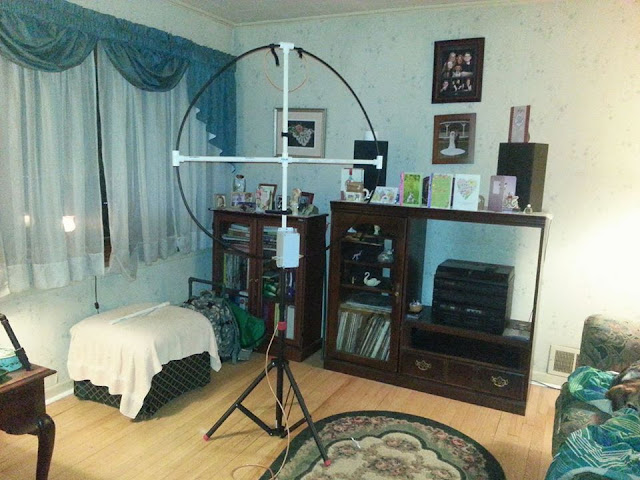 So what I have now is a very sturdy base that still collapses down compactly enough to fit into the stuff sack that I keep the un-assembled loop in. A little bit heavier package than I used to have; but still totally and conveniently portable.

Kudos to 4X6UB for the wonderful tip!