It's that time of year again!

Field Day is over - what's next?

The 13 Colonies Special Event, that's what!

Every year, around Independence Day, a group of volunteers come together to put the 13 Original Colonies on the air to celebrate our Nation's birth. This year will be no different.

This year, you can purchase your own colorful 13 Colonies coffee mug! (What's ANOTHER coffee mug among friends, eh?) These are VERY nice and feature the Betsy Ross flag or the Stars and Stripes and the Declaration of Independence. 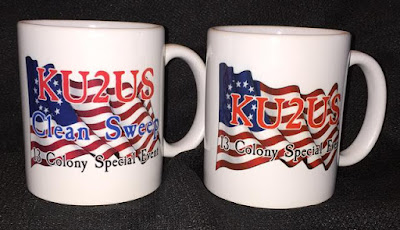 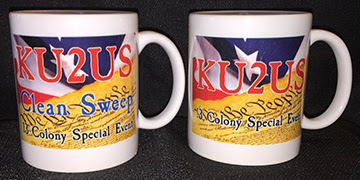 Even though we have more coffee mugs than you can shake a stick at in the W2LJ household, I'd find room for one of these - especially if I managed to get a Clean Sweep.  I have a certificate from two years ago, all nicely framed and hanging on my shack wall - I really don't need another. But one of these mugs?  I'd be happy to sip my morning cuppa joe out from one of these bad boys.

As a side note, not too far from where your author lives is a small little place called the Middlebrook Encampment.  This is where the Continental Army was stationed in 1777 and again in 1778-1779.  It was here that the Flag of the United States of America was officially flown for the first time for the benefit of the Continental Troops.  To memorialize this, by a Special Act of Congress, the Middlebrook Encampment is the only place in the USA where the original 13 Star flag is allowed to fly, 24 hours a day, 365 days a year.  Now you know why New Jersey is known as "The Crossroads of the Revolution". A lot of very important stuff happened here some 200 + years ago.

Remember this if you ever see the subject come up on Jeopardy.  You can credit W2LJ when you look like the trivia expert in front of your family and friends. 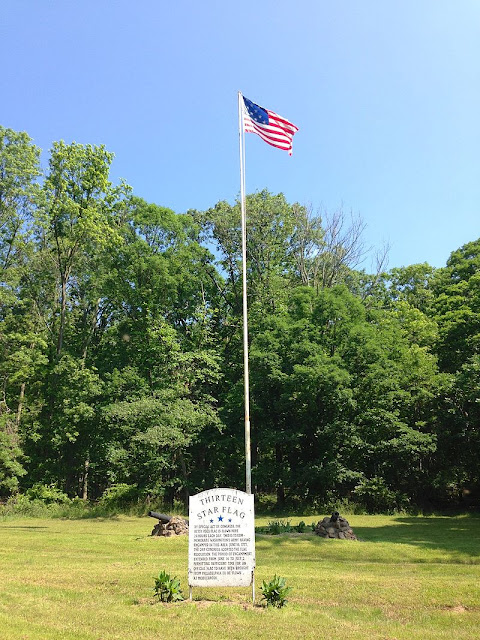