My start in Public Service

Thanks to a post on Facebook by Nicholas Bachar from South River, NJ, I was reminded that my start in Amateur Radio Public Service began some 38 years ago today, on February 4th, 1980. This was the day that the Olympic Torch, which was to light the Olympic Flame at the Lake Placid Olympics made its way through our local communities.

I was licensed for only fifteen months, and I had only upgraded to General eight months before, but I joined with other local Hams from the Old Bridge Repeater Association to volunteer for the event. We were tasked with keeping the Torch Relay support vehicles apprised of any problems or disruptions along the route as the Torch made it's way from Philadelphia through New Jersey and into New York. The torch passed through three adjoining towns -  East Brunswick (my home town), into South River (my second home town - where our Church was located, where I had attended elementary school and where my Dad's business was located) into Sayreville, NJ (my Mom's hometown).

This was all quite heady stuff for a Rookie Amateur Radio op - to be involved in something of national and international significance.  As I remember when we marshalled for duty, it was pitch black and cold, cold, cold!. The Torch was due to make its way through South River (where I was stationed) around 6:00 AM or so.  For various reasons, it was delayed and came though just as dawn was breaking.

Thanks to Nicholas Bachar and the "You know You're From South River" Facebook page for posting photos: 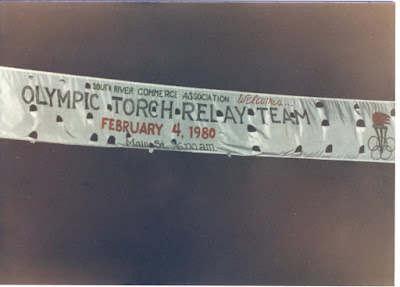 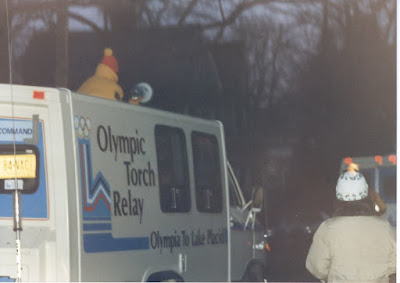 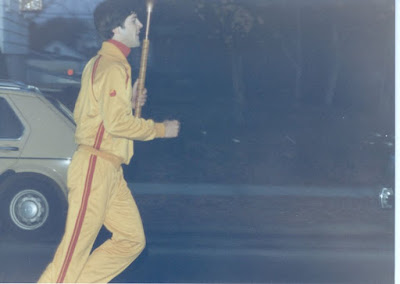 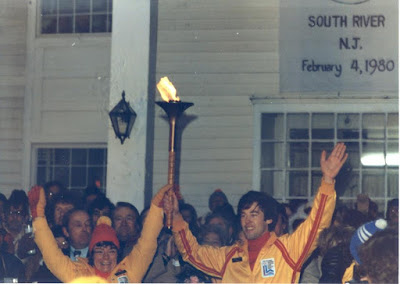 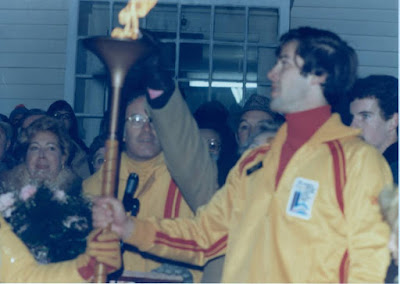 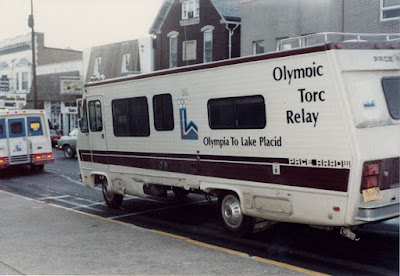 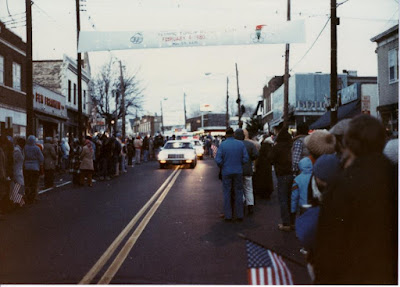 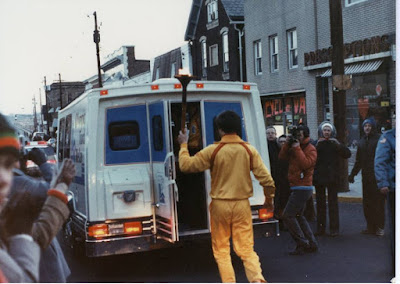 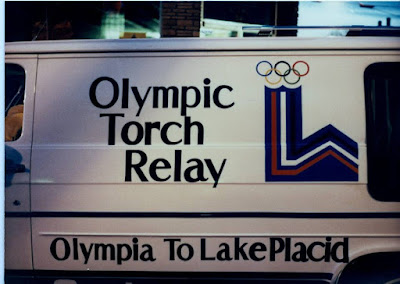 There was a short ceremony in the center of town as a commemorative Olympic Flame was lit in front of the library.. From there, residents were able to light souvenir candles that were being given out so that they could have their own remembrance of the day the Olympic Flame passed through town. 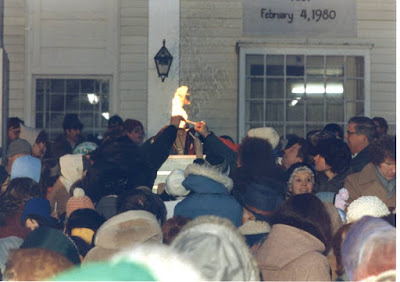 It all happened so quickly! It seemed like it was over before it started. Fortunately, there were no problems to report, but we enjoyed communicating with the Hams on the support vehicles, nonetheless. And if participating in such an event weren't enough in and of itself, about a month later this came through the mail. 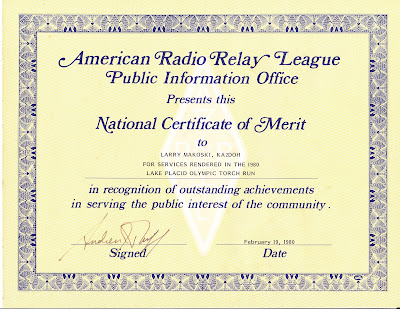 Needless to say, from that day on, I was hooked!  And I'm proud to say that throughout my Amateur Radio career, I have been providing communications for various civic events.  Granted, nothing as "glamorous" as an Olympic Torch Run, but each vital and necessary to their respective communities in their own ways.