I've been doing a lot of Amateur Radio, lately - but not really in a way that you'd expect. Maybe it would be better termed Amateur Radio from the Periphery?

Monday night I participated in our Statewide RACES VHF Net on behalf of Middlesex County from our County's Emergency Operations Center. My good friend Marv K2VHW checked in for the County on the HF Net. The VHF net went without a hitch. We have a 2 Meter beam on a very nice tower pointed right at NJ State Police Headquarters in West Trenton, NJ. Communicating back and forth on the 144 MHz band is like you and me sitting next to each other.

HF was another story.  The net was on 80 Meters and early on, way before the net even started, Marv heard K2EOC, the NCS for the evening, on frequency.  Marv gave him a call and signals were great! K2EOC was easily 20 over 9, if not louder and we received a good signal report, in turn. Not surprising, given the hop, eh? 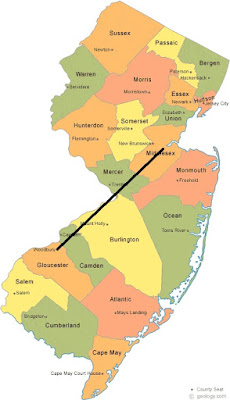 About 30 minutes later, the bottom dropped out from under the band. K2EOC was not 20 over S9 any longer, in fact, they were barely audible in amongst the band noise.  Even for a couple of pretty seasoned Amateur Radio ops, who've been around the block a few times, the change in the signal was shocking. The net got it's business done, but I'd not be surprised if a few counties tried to check in, but were unsuccessful. For Marv, it took a bunch of repeats to get recognized.

Last night was our 5th week of the Technician License class that we are currently teaching. The class is going extremely well. The students are all engaged, interested and are obviously doing their reading homework. I am expecting a 100% pass rate from this group; and you'll be able to knock me over with a feather if we don't meet that goal.

Tonight is a SPARC meeting, as we make final preparations for our Maker's Day presentation on March 10th. I ordered a bunch of handouts from the ARRL today, so we can have plenty of material about Amateur Radio to hand out to interested prospects.

So all of this Amateur Radio activity without actually sitting down behind the key and making contacts! I'd hesitate to say that it's not fun, because in its own way, it is. It's just different, that's for sure!