Seems like I'm writing about Silent Keys these days.

Vinnie Lobosco KC2IZK was a member of the South Plainfield Amateur Radio Club, among others. One day this past January, the club received an e-mail from his niece. Sadly, she informed us that Vinnie had suffered a heart attack, and that the prognosis was not good. A few days later, Vinnie was taken off life support and passed away.

Vinnie was a confirmed bachelor, having no wife or children. He lived in his parent's house and he became what could be called (charitably) "an extreme collector" of antique radios and audio equipment. There was so much equipment left behind that his niece opened the house Friday and Saturday to anyone who might be interested in obtaining some of Vinnie's collected treasures.

Marv K2VHW and I made the trip yesterday. When we entered the house, the first thing you noticed was the smell of old paper and dusty, old equipment. Was met our eyes was this - antique radios and phonographs and test equipment from floor to ceiling. 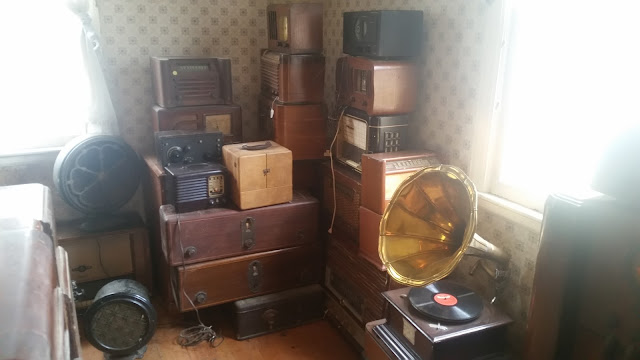 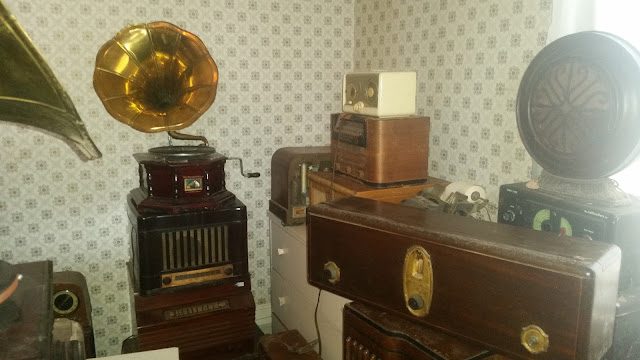 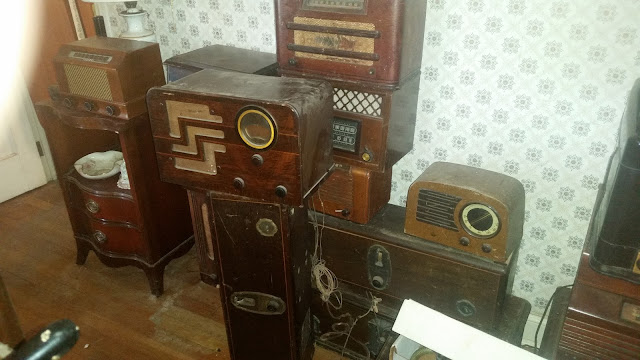 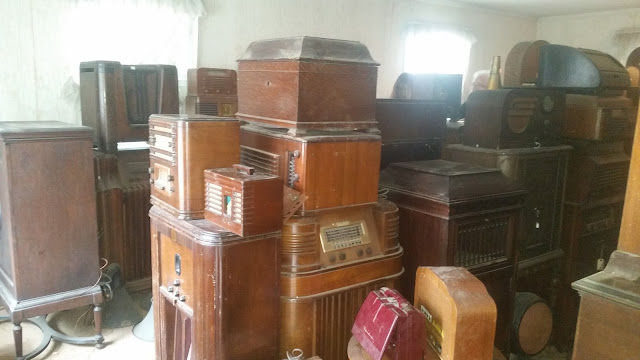 The garage had even more equipment, including TVs - including this extremely rare Hallicrafters TV. 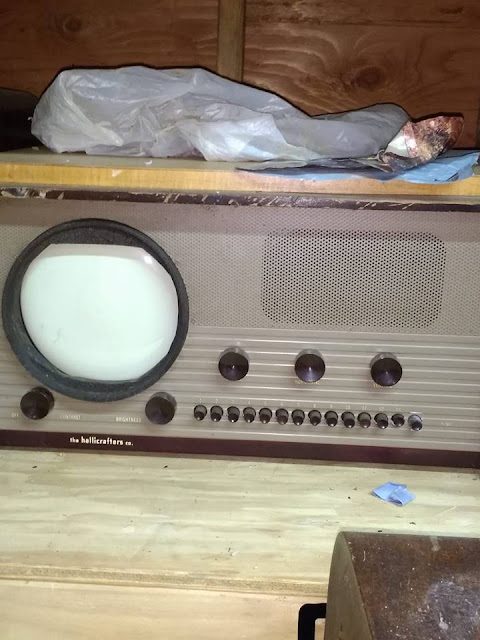 Marv found a gold plated Astatic D104 microphone, a Golden Eagle. It was in excellent shape.  I found this old Hallicraftes S-53A, with all the tubes in place, including an instruction sheet on the inside. I've always wanted a piece of either Hammarlund or Hallicrafters gear in my shack ever since I was licensed in 1978. Thanks to KC2IZK, that dream has come true. 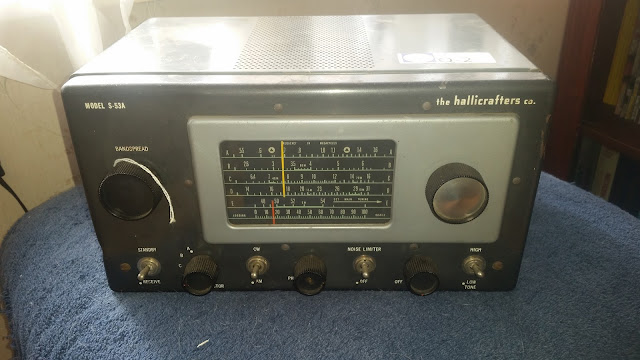 I think it's in good condition. The power cord has been switched out to a current type and everything on the inside looks clean. In a few days, I'll plug it in and will flip the big switch. I'm going to see if anyone in SPARC has a variac that I can borrow so that I can "ease" it back to life. As long as I have this receiver, KC2IZK will always be around.