I don't like posting these; but Hank was a fixture in the QRP world. 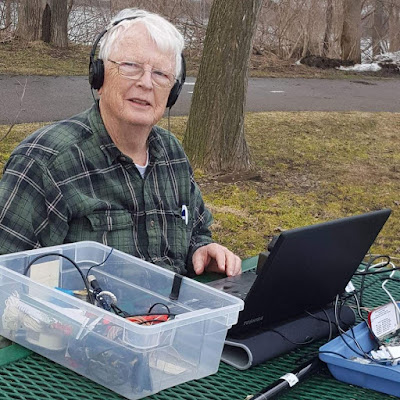 It was reported recently that Hank had suffered a heart attack and then a stroke somewhere around the February 16th time frame. At that time, he must have expected a full, but slow recovery, as he thought he would be off the air for about a year. Sadly, it was announced that he passed away yesterday.

Hank was a stalwart QRPer and participated in just about every QRP Sprint that you can think of. The only one that he didn't partake of much was the NJQRP Skeeter Hunt; but that was always because his annual family reunion occurred the same weekend. Every year he sent me an e-mail with his regrets.

Hank was also a fixture in NPOTA and POTA.

Hank was outspoken and I will miss his e-mails to the various QRP and CW reflectors, complete with his "Shucky durn" and "Corn Whiskey" lingo. Hank was a chemist by trade, I believe - and a true gentleman by nature.