I haven't posted for a while. There hasn't been much going on with W2LJ to post about .... until now.

This past weekend was Maker Day Weekend in New Jersey, with Maker Day activities happening at various locations around the state. The South Plainfield Amateur Radio Club pitched in and joined the effort at the same location as last year - the JFK Memorial Library in our neighboring town of Piscataway, NJ.

We gathered at the library at 9:00 AM our goal was a bit different this year. We wanted to emphasize soldering and kit building skills, so we purchased a variety of different kits that would interest a wide variety of people.  As last year, we wanted to feature kits that had a relatively low parts count, so that the kits would be relatively easy to build, and could be completed within a reasonable amount of time.

To that end, we scoured Bangood's offerings (there are literally thousands of inexpensive electronic kits available online there, and other places) and bought some digital clock kits, some voltage/temperature meter kits, some LED flashlight kits, wireless FM microphones and 8 note electronic organ kits and we also had a decent number of code practice oscillator kits left over from last year.

The day went like a whirlwind! I was busy from 10:15 AM to close to 4:00 PM helping to build kits and instructing proper soldering technique. I have to say that some of the participants really picked up on soldering, and their work looked almost professional, even though this was their first exposure to soldering irons and solder.

In addition, these "kids" (for the most part the participants were young, but there were a few "close to 20 somethings" and even one parent participated.) learned what different components looked like, the difference between ceramic and electrolytic capacitors, and even a little bit about the color code on resistors. We taught them about the indents on the ends of integrated circuits and the flat side of transistors.

I helped out with 2 and 1/2 code practice oscillators, two clock kits and one electronic organ. Much to our delight, everything that was built worked, with the exception of one dud. We didn't have time for too much trouble shooting, as we were booked for time slots right up to the closing bell. We had about 5 building stations ready to go at all times, with an hour allotted for each kit. In the end, I think we had twenty first time builders take advantage of SPARC being there.

In addition to the kit building, we had a video on "An Introduction to Amateur Radio" going in loop fashion throughout the duration. We also had "Ol' Reliable" Dave KD2FSI set up an HF station. He had his Yaesu hooked up to his AlexLoop and was able to pick out quite a number of FOC stations doing their thing on 20 Meters. Dave set up a big 24' monitors and had CW Skimmer going on his laptop so that visitors could see Morse Code being displayed before their eyes in real time. As always, Morse Code still draws and fascinates people - ESPECIALLY younger people! 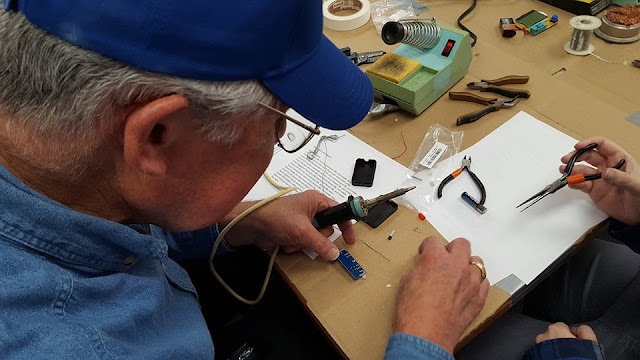 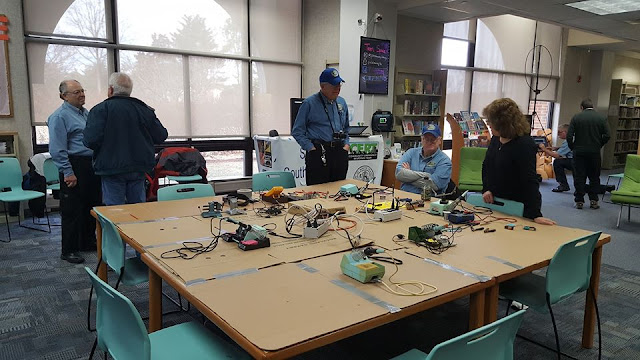 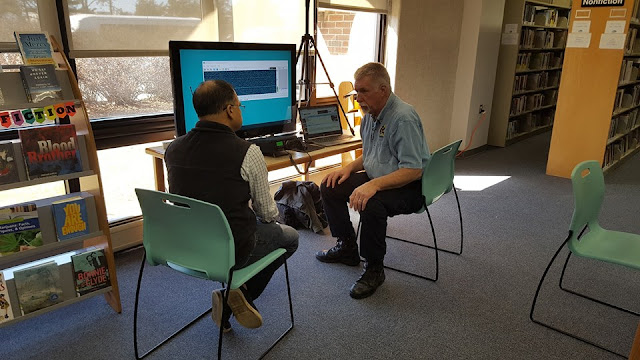 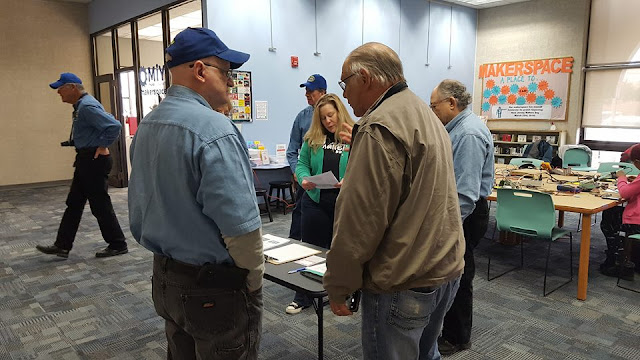 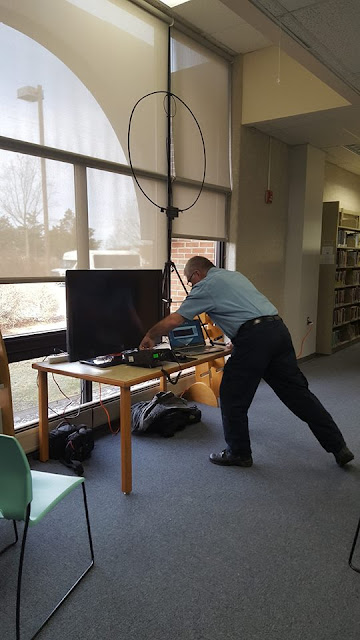 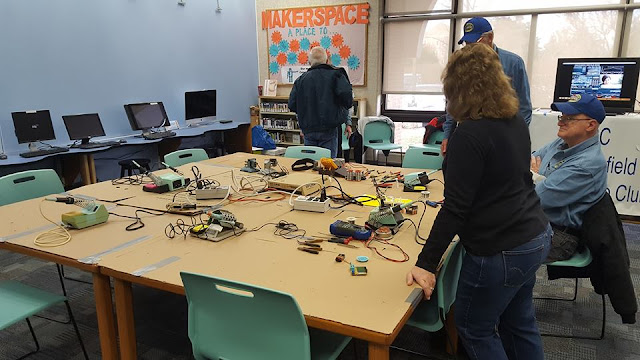 I couldn't stay to the very bitter end, but I'm pretty sure the library staff was happy that we were there again. It was a very successful day and I'm so proud of all the SPARC members for the time and talent that they donated.

We learned some tings in addition to what we learned last year; and I'd say we're probably pretty certain to return for Maker Day in 2020. It's gratifying to share what we've learned about electronics and building with the rest of the world - especially the younger world.