Here in the USA

we are celebrating Father's Day tomorrow.  So from W2LJ to all my Ham friends around the world who are dads - Happy Father's Day! 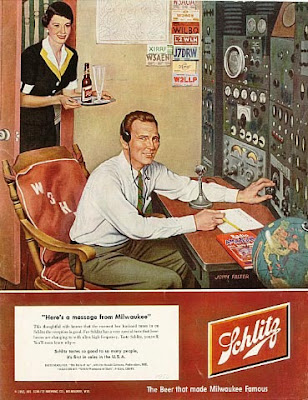 Being a dad has come a long way from what it was when I was a kid.  Not to say that my Dad wasn't involved, he was.  But back in the day, Dad's primary role was "The Provider".  He put in his time at work and when he came home, Mom made sure we didn't bug him too much!  He did his share of chores (yardwork and such) but Mom always made sure he got a chance to unwind and relax at the end of the day.

Today, I find myself way more involved with my kids, than my Dad was ever involved with me.  This IS NOT a complaint, as I wouldn't have it any other way - but it can be exhausting, especially when a school project or a game or whatever comes up after a long, hard day at work.

But you know what? This is exactly what I signed up for when I said, "I do".  My kids are the apples of my eye and I don't ever want to go back to the life I had before they came.  Not to say that it was bad, as it wasn't; but the two of them have made life so much better.

Getting back to radio, that double CME that was foretold by Spaceweather.com didn't seem to really put any damper on the bands.  After a multitude of chores were completed, I got to relax at the end of the day down in the shack.  I worked David MI0VKO in Northern Ireland on 17 Meters and on 30 Meters,  had a very nice rag chew with Jeff, K8CQ who lives down on St. Simons Island, GA.  The KX3 continues to impress, especially its ability to really dig super weak signals out of the background.

I did something the other day with it that really surprised me.  And it was something very simple.  I plugged in ear buds instead of using the internal speaker.  Wow!  The difference was amazing.  I can only liken it to listening to a broadcast radio in the "old days" and switching from AM to FM. The change in fidelity and richness of the audio is remarkable.  I've never experienced this with any other rig, including my K1 and K2.  Eric and Wayne HAVE hit a home run here, and I'm tempted to say it was a Grand Slam.

Again, to all of you who are dads out there - Happy Father's Day!  And of course, my prayers go out to all the Dads who have gone before us and can't be with us tomorrow.