One of our members, Wayne N2LRE has the actual printed proclamation, and he is going to scan it, and when I get an image, I will post it here. (Got it! You can see it below ......)

Here is an aerial view of the park: 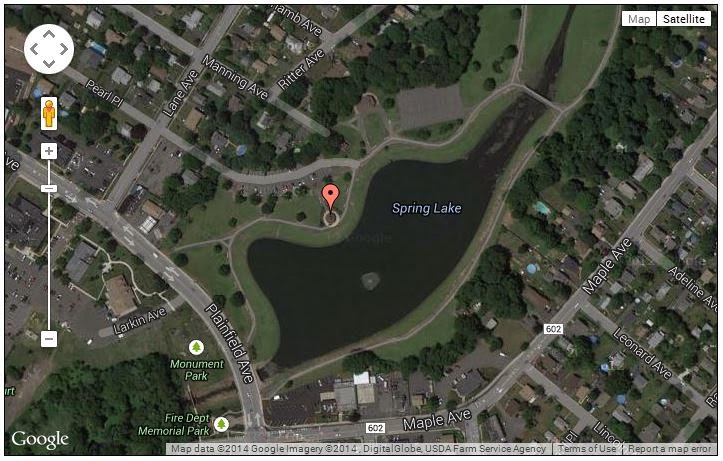 The red mark shows the gazebo from where we will be operating.  The tree directly to the left of the gazebo is about 75 feet away. This will be the support for the EARCHI end fed antenna for the CW station. The trees "above" the gazebo are almost exactly 100 feet apart and will support the full sized G5RV, which will be used by the SSB station. 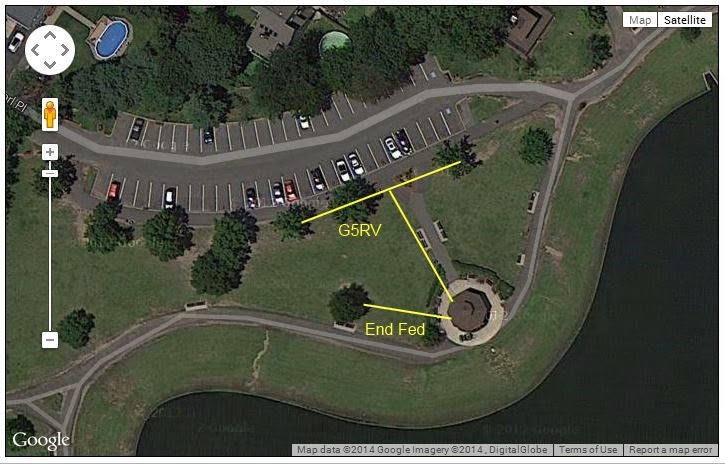 We have invited the mayor and members of the Town Council to come out and visit the site on Sunday morning, as this was the time most convenient for them.  We have also invited several officials from the Hudson Division to come by and visit us also. In addition, I have spoken to one or two of the Scout Leaders in town and have invited them to bring their troops by for some "hands on" radio experience. 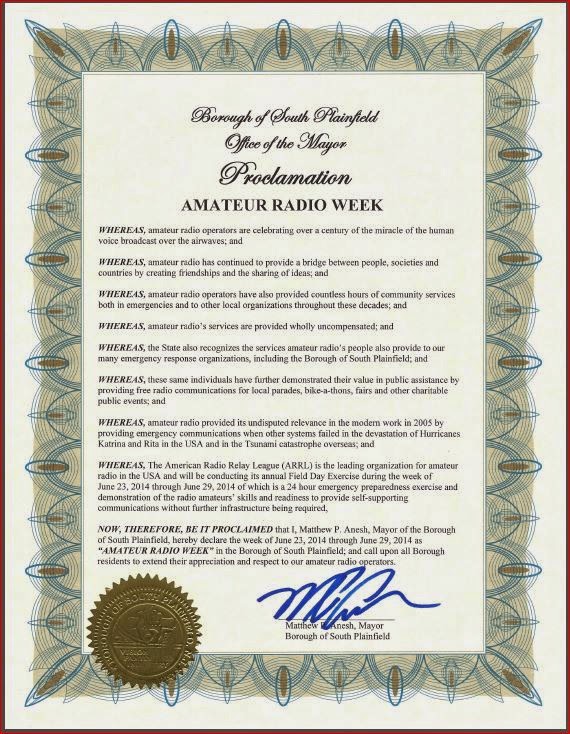 Due to the effort put forth by my fellow members of SPARC, what was proposed as a "Field Day on the Fly" operation is taking shape rather well and is coming together very nicely. We're looking forward to not only having a lot of fun, but also to presenting a very favorable view of Amateur Radio to any and all passers-by.