I don't live in the rural areas of New Hampshire like my good friend Jim W1PID. No, look up "suburbia" in the dictionary, and there's probably a picture of South Plainfield there.  Standard 100' X 50' suburban lots dominate the landscape in this area.  Not only is New Jersey the most densely populated state in the Union, but Middlesex County is the most densely populated county in New Jersey. So to find some rural beauty, one has to drive a little bit from here. Unfortunately, it's not a bike ride or hike away. It used to be, but that's another story.

So I did something this morning that I wanted to do for a very long time. I took a ride up to Washington Rock State Park in Greenbrook, NJ, which is about two towns over from South Plainfield. 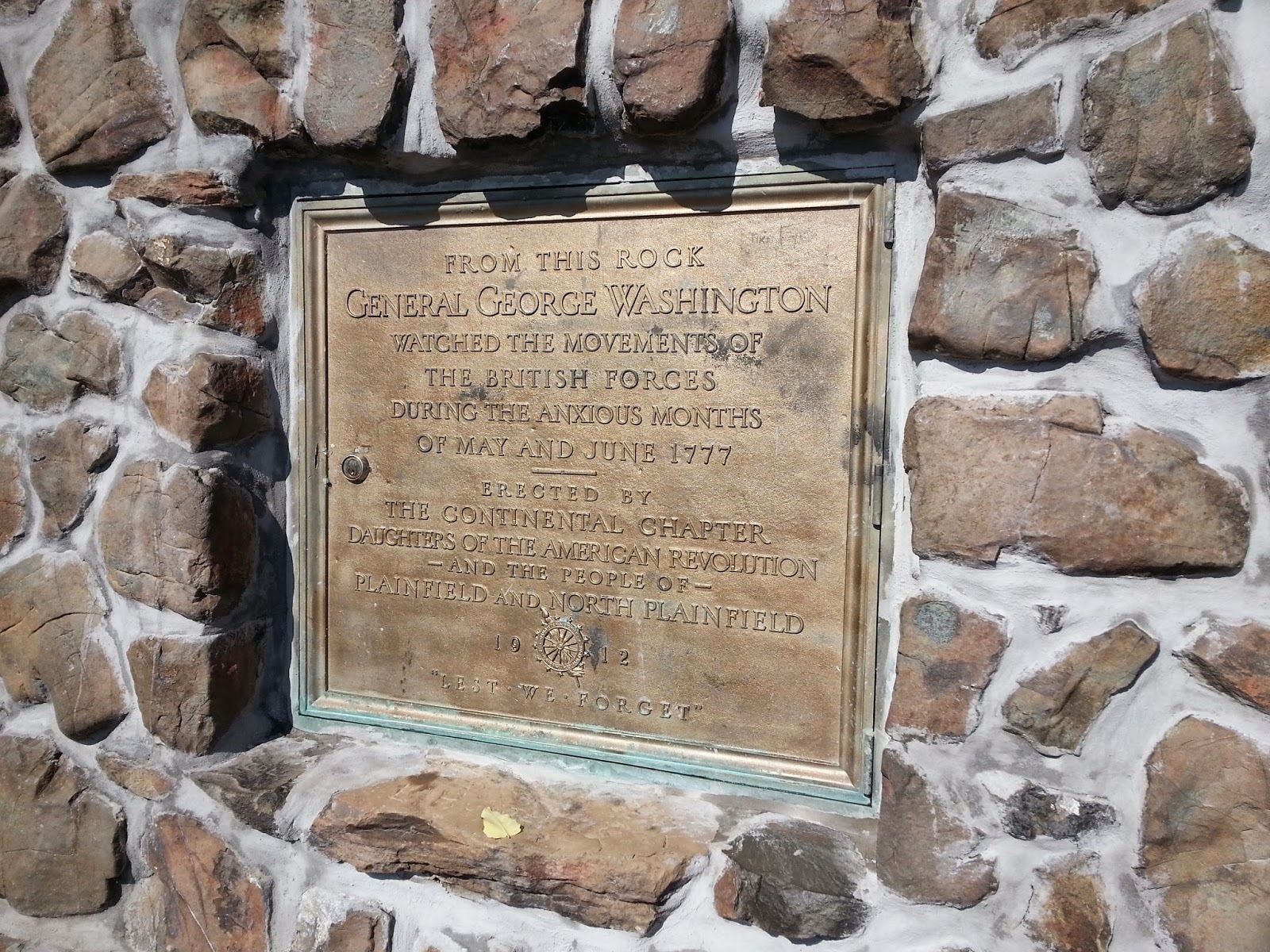 It was from this vantage point that George Washington kept tabs on British troop movements during the Revolutionary War in 1777.  Today, it's a state park with a monument. 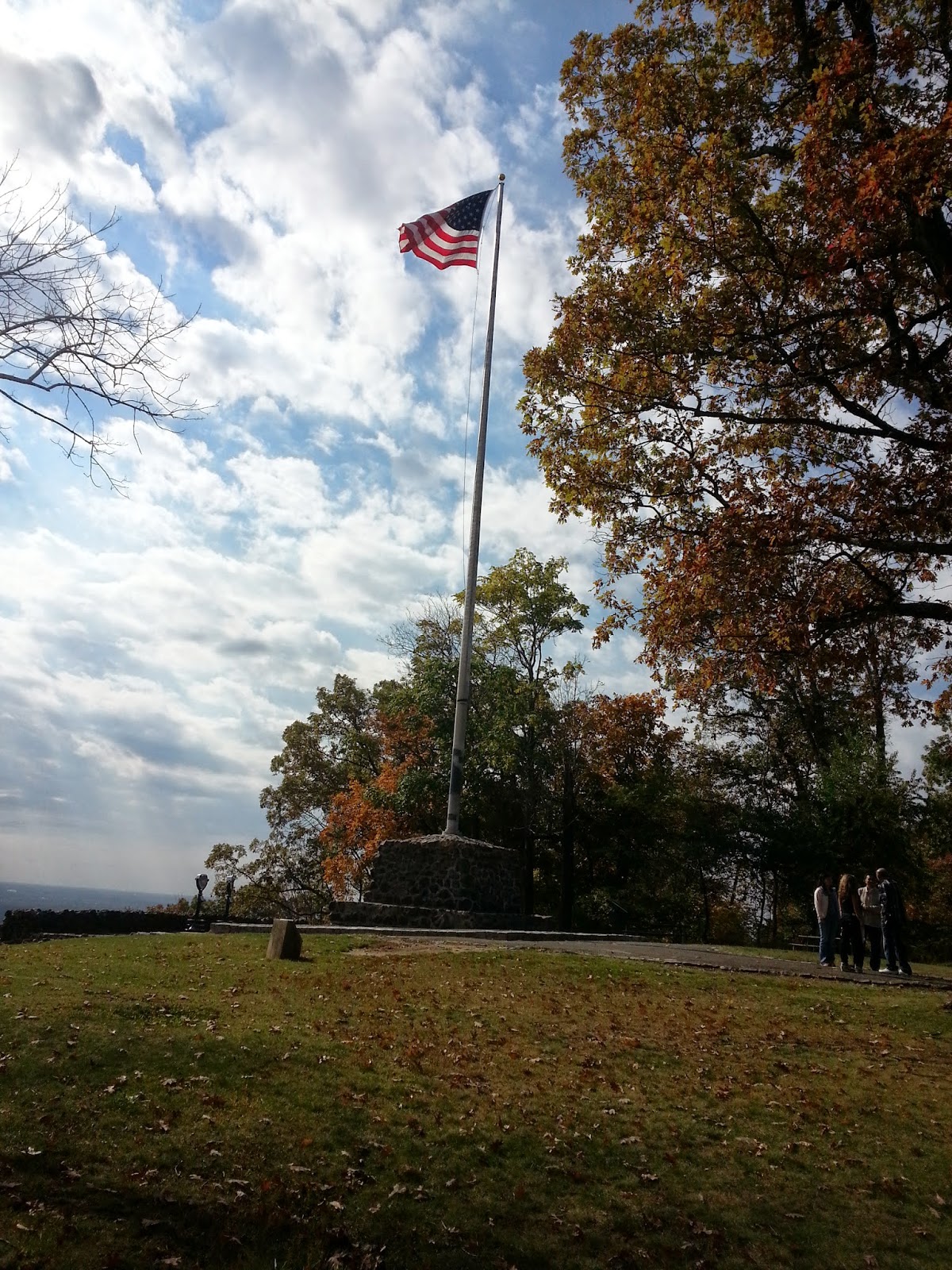 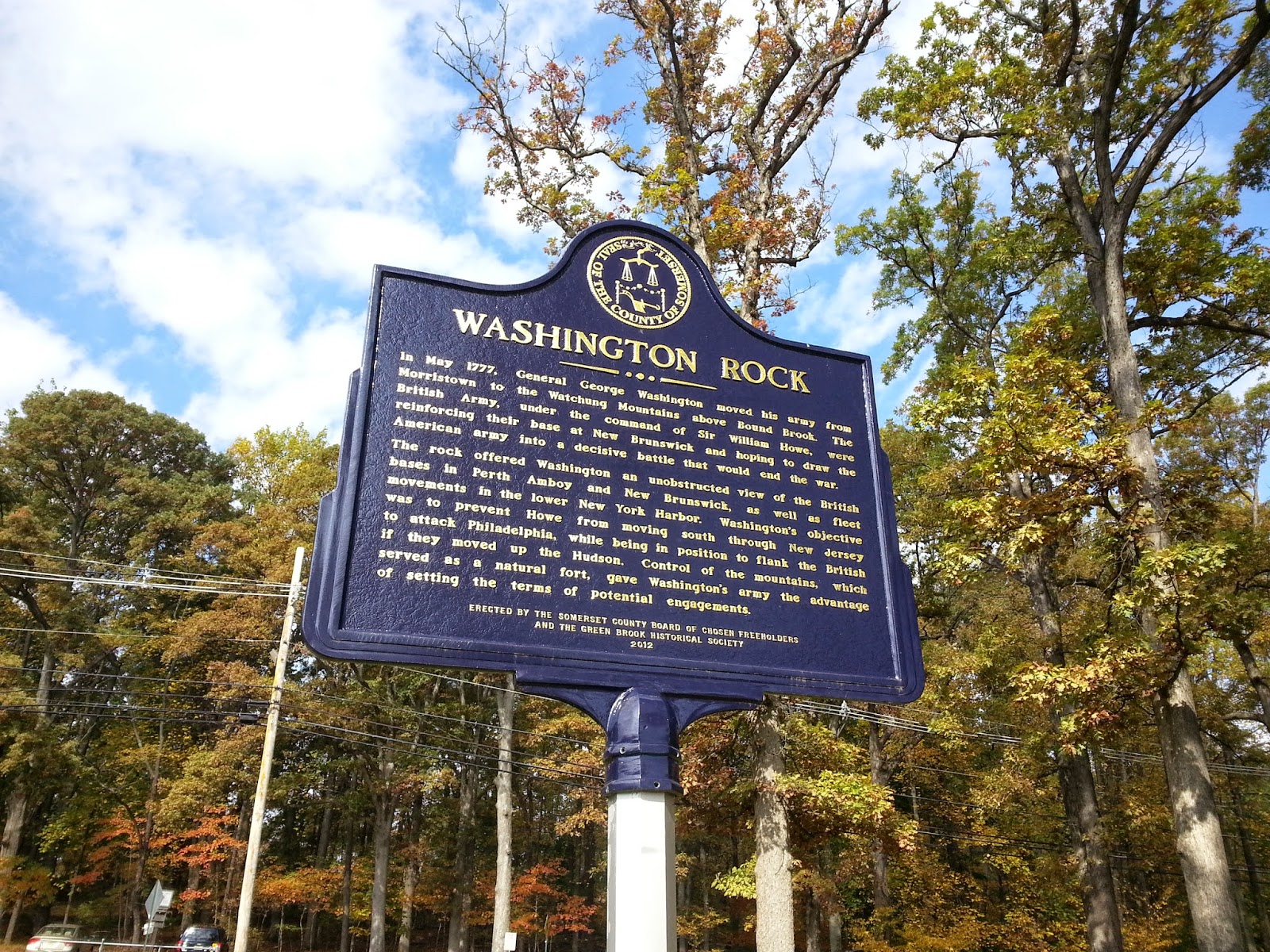 To give you an idea of the view: 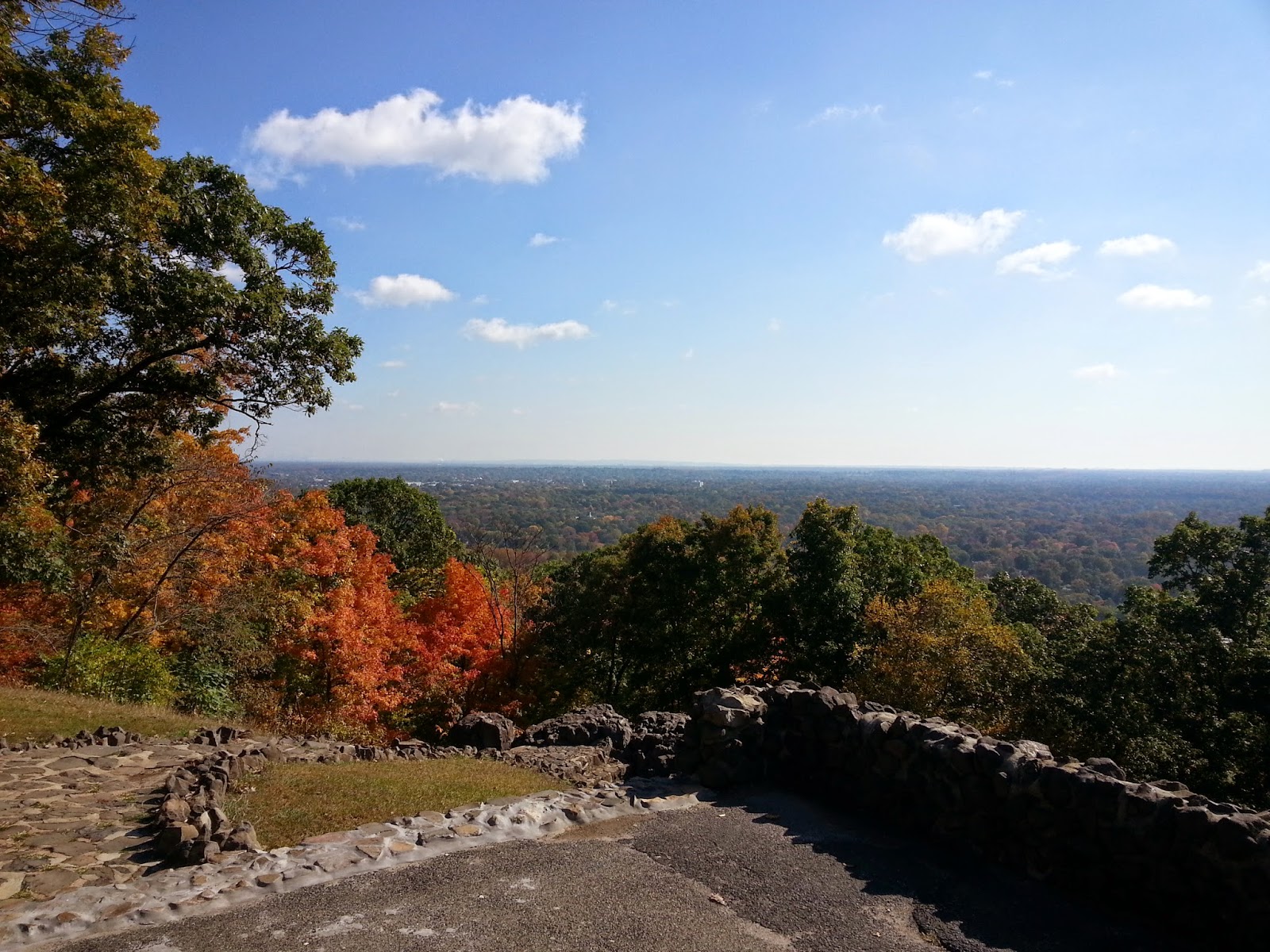 Looking slightly north and east, with a "spy glass" you can see the Manhattan skyline easily. 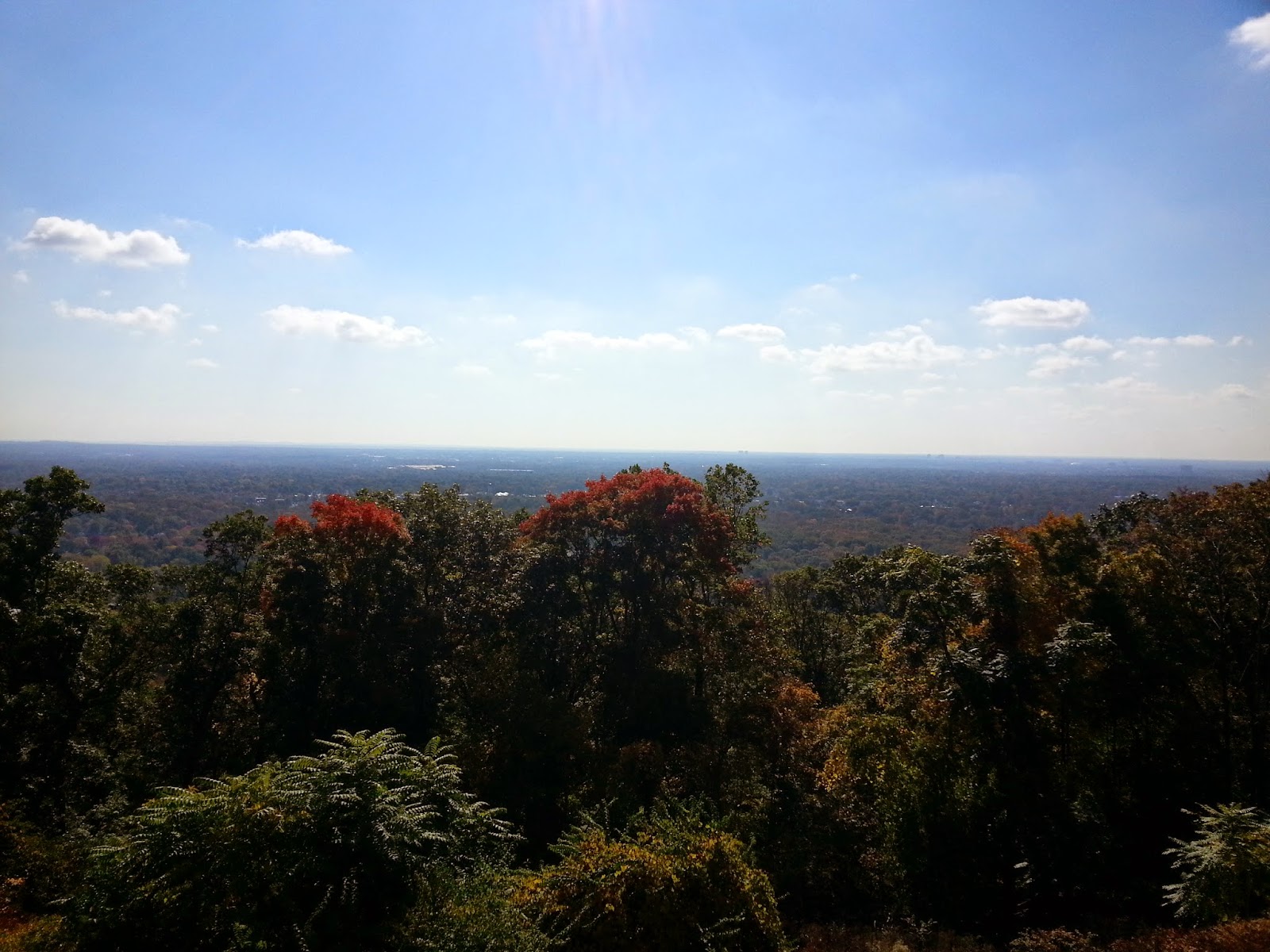 This gives a view towards south and east. Again with a "spy glass' it was possible to keep tabs on Sandy Hook.

There's lot of picnic tables that are just perfect for setting up a portable station, And that's exactly what I did. I launched the PAR END FEDZ into a handy tree and proceeded to go to town. 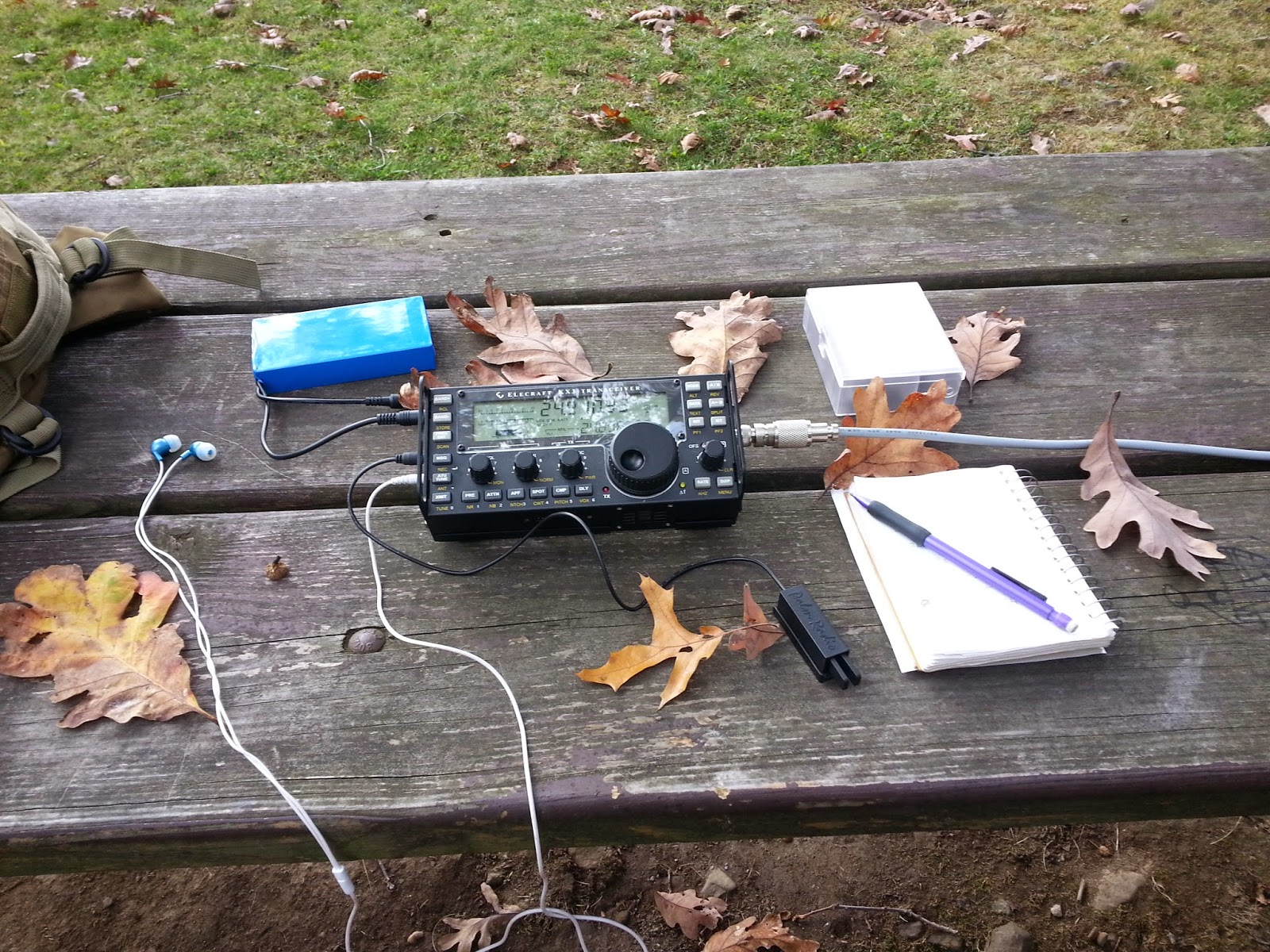 On 20 Meters, I worked W5AHP, Joe in Texas, and then WN2DX, Marty in Somerset, NJ. We were probably line of sight communications! After Marty, I worked Kurt W8IQ in Toldeo, Ohio. Before QSYing to another band, I snagged W1AW/4 in Alabama.

The lower end of 20 Meters and most of 15 Meters seemed to be wall-to-wall Work All Germany contest stations, so I sidled on up to 12 Meters, which was open! I worked 2SZ, the special event station in London, PA1CC in the Netherlands and finally GB0GDS, a JOTA (Boy Scout Jamboree on the Air) station from Scotland.

So it was a good day and I enjoyed myself immensely, even though it was only about a 90 minute adventure.  The best part was when a gusty breeze would blow, sending a cascade of leaves down. It was like being inside a snow globe of falling Autumn leaves. I am taking another vacation day from work next Friday, so if the weather is good .......