Yes, Virginia, it looks like the east coast is going to receive a rare white Thanksgiving.  Even though it approached 70F (21C) here yesterday, a change is in the offing.  By 8:00 AM tomorrow morning, the busiest travel day of the entire year, a classic Nor'easter will be making its way up the coast, bringing much colder air and snow with it. By Buffalo, NY and Great Lakes region standards, we're talking a mere dusting of snow - maybe only 3-8 inches (7-20 cm), but enough to make traveling to Grandma's house a trickier proposition than normal. By the way, the last time it snowed in these parts for Thanksgiving was 1989 - some 25 years ago. 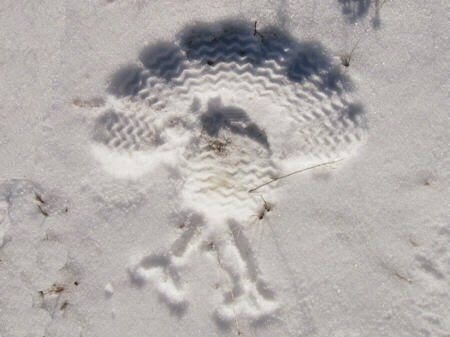 On a Ham Radio note, it appears my W3EDP antenna has gone the way of the DoDo Bird, that is - extinct.  I plugged it into the KX3 the other day and I noticed that it is considerably deaf.  Stations that I can hear plainly and loudly with the EDZ and the Butternut are but a mere whisper on the W3EDP.

I suspect I know where the trouble is.  There are only three parts to this antenna - the actual wire, the balun, the coax.  I'm placing my money on the coax.  I suppose water could have gotten into the balun and could be wreaking havoc, but it is a commercial brand, popular make balun.  I think it's way more likely that water probably got into the coax.  I probably didn't weather-proof the connection as well as I thought I had.

Unfortunately, I don't have a piece of coax long enough to replace it right now.  Guess I'll be ordering some over the long Holiday weekend.  I don't suppose there are any coax stores holding day-after-Thanksgiving Black Friday sales, eh?