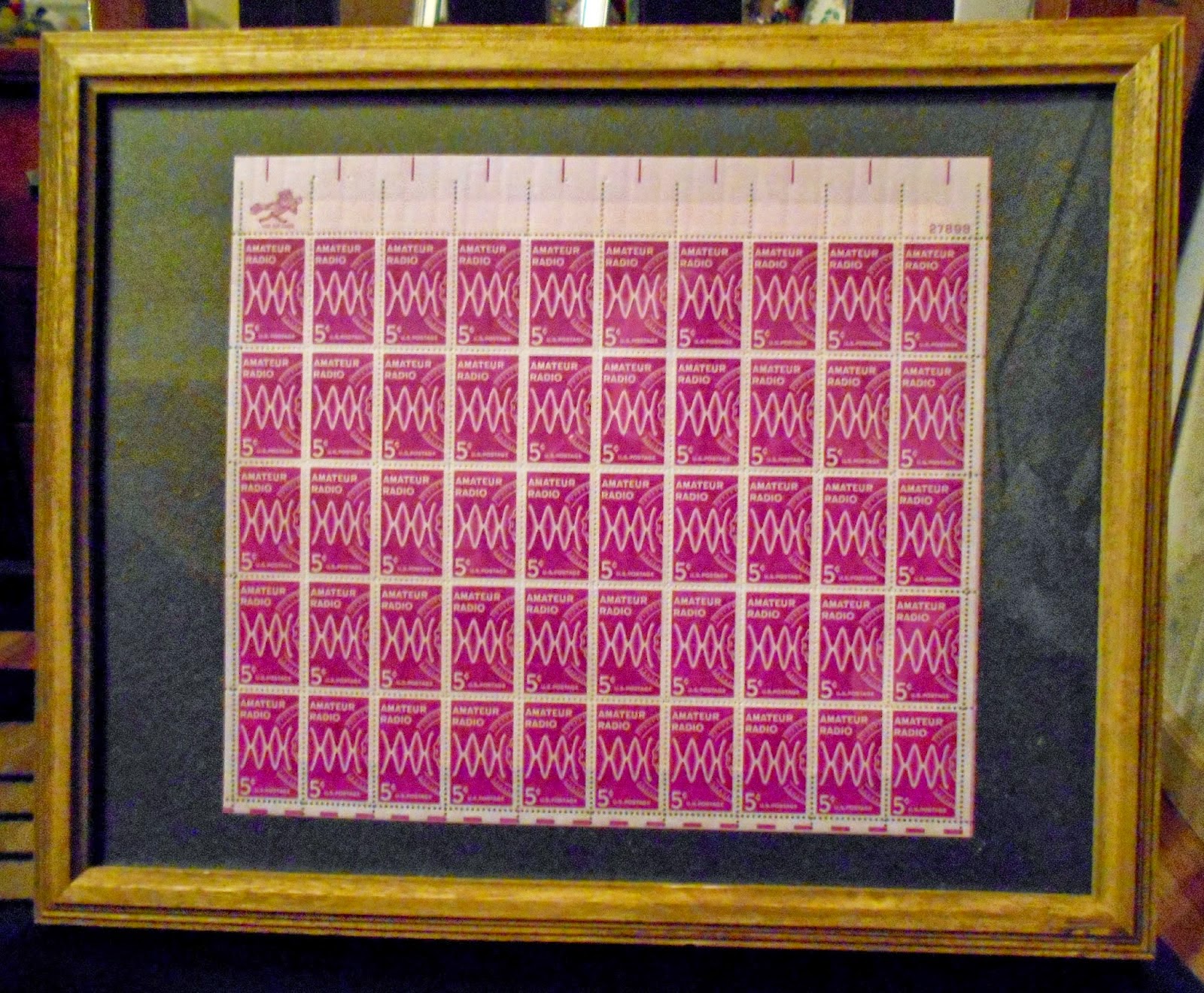 He is the winner of this blog's 10th Anniversary celebration, a full sheet of the 1964 Amateur Radio Stamp. It is known as Scott #1260 by stamp collectors and here's the official press release given by the USPS in a Postal Bulletin issued in 1964.
"This 5-cent stamp honoring the nation's 250,000 amateur radio operators was first placed on sale through the Anchorage, Alaska, post office on December 15, 1964.

Designed by Emil J. Willett, the stamp portrays a radio broadcast wave and a portion of a radio dial. It was in Alaska that "hams" wrote another chapter in a long public service record by maintaining communications following an earthquake. It was issued on the 50th anniversary of the American Radio Relay League.

This stamp was printed by the rotary process and issued in panes of fifty stamps each. An initial printing of 120 million stamps was authorized."

How fitting, seeing that Amateur Radio operators are keeping that tradition of public service alive today.  Whether it be earthquakes like in Nepal, flooding on the plains, hurricanes like Katrina and Sandy, typhoons in SE Asia, or the result of any other natural or man made disaster, Hams are there in the forefront, offering their time, talent and skills, freely.

Email ThisBlogThis!Share to TwitterShare to FacebookShare to Pinterest
Labels: blogging