Maybe only children of the 60s Space Race will understand that blog post title, but we're now less than 60 days from the 2015 NJQRP Skeeter Hunt. So as promised, here's the link to the roster. 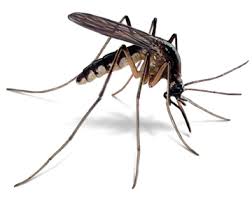 I know, I know, it's not June 21st like I had insisted it would be, but it's June 21st as by my UTC clock, so that's close enough for me.

As of this moment, we have 83 Skeeters signed up and there's room for plenty more. In 2014 we were just shy of 160.  This is a really fun event and it's also a very friendly event. If your code speed is on the slow side, heck, jump in with both feet. Most QRPers if not all, will slow down for you. You say CW's not your cup of tea? The Skeeter Hunt is SSB friendly - so there's no excuse not to join in on the fun.

Really - can you imagine a better way to spend your day than by QRPing in the great outdoors?