Yesterday, after getting my fill of NPOTA stations, I was in the shack getting ready to pull the switch for the evening. It was just then that I heard a weak CQ on 3.652 MHz, from WT2W who lives in the Syracuse, NY region. It turned out that Jim was using a homebrewed transmitter modeled after a 1929 Hartley Oscillator. 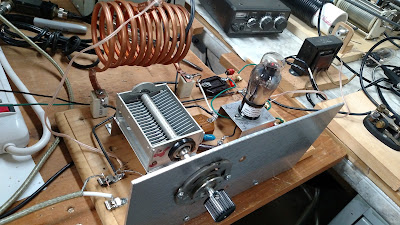 Jim was putting out all of about 2 Watts to his antenna, but it was enough to garner him a 569 report from me.  His signal was a little chirpy and a tiny bit raspy, but it was still pleasant to listen to and fully copyable.  Shortly after our QSO, Jim e-mailed me the above photo.  I know how satisfying it is to build a kit and have it work.  I can only imagine how much more satisfying it must be to build something from scratch and have it work.  I'm not the greatest scratch builder, but the few times I have and have had the finished product work were enough to make the ol' shirt buttons pop.

Another friend who is into building from scratch is my good buddy, Bob W3BBO from Erie, PA.  As mentioned before, Bob is my Ham Radio mentor, and I've learned so much from him that I don't even know where to begin.  Here are some photos of a series of regen receivers that he's been homebrewing. 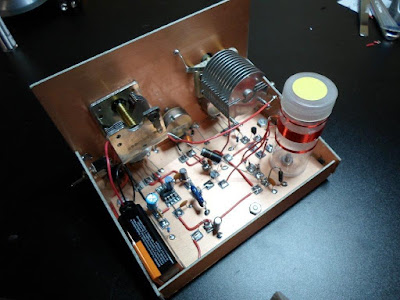 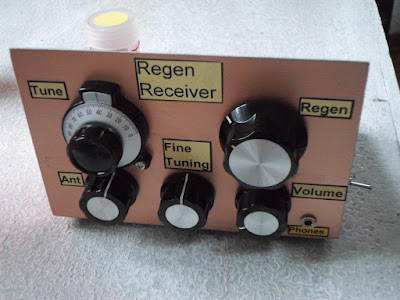 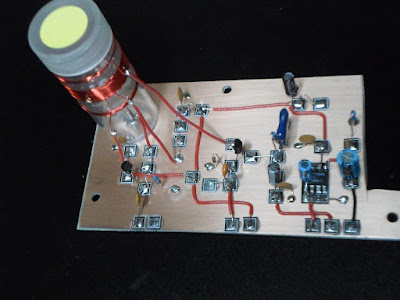 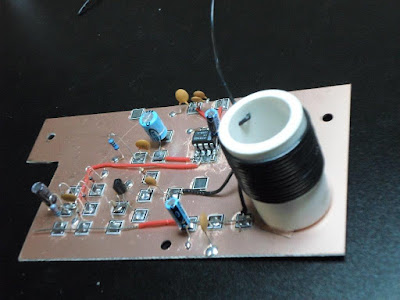 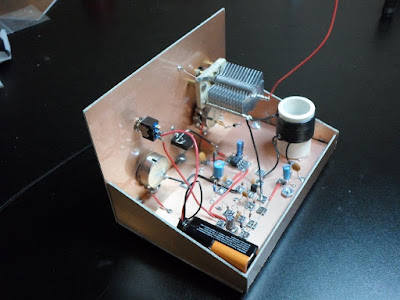 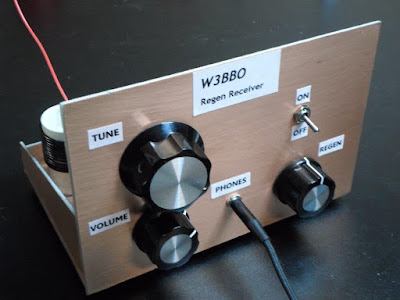 Now does he do nice work, or what?  Very nice work, indeed! I know that Bob has been conversing with Dave AA7EE, who's listed on the blog roll to the right. As far as I'm concerned, Dave's one of the Master Builders. His creations come out looking so good as to be museum pieces, in my humble opinion.

I wish I had an nth of the talent that these guys have.  My creations always seem to come out looking more like something Dr. Frankenstein would have created.  Functional, maybe, but definitely not pleasant to look at.