I've become such a creature of routine!

Last night was the opening session of the 2017/2018 QRP Fox Hunt season.  I had a modicum of success with a "one-fer".  Our two Foxes last night were John K4BAI and Todd N9NE.  I found John easily as he was 599 in New Jersey and I worked him rather quickly, getting a 579 report back from John only 12 minutes into the hunt.

The balance of the 90 minutes was spent listening for Todd.  I knew where he was (or rather, had a good guess as to where he was) by listening for his Hounds. Once I found them, I equalized the VFOs on my KX3 and then moved VFO A down a kHz and just listened, twiddling the knob little bits in an effort to hear something .... anything..  Todd never materialized and that was kind of odd. Usually, there's a virtual pipeline of HF signals between New Jersey and Wisconsin. 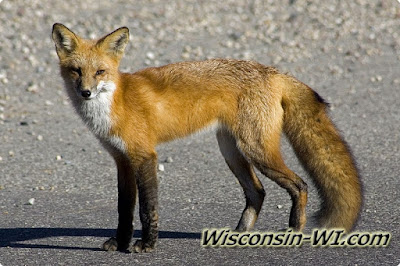 Anyway, I stayed up until 10:30 PM, hoping against hope that I would score some WI Fox fur; but it was not to be. Boy, am I paying for it this morning!  That meant staying up past my normal bedtime and now today feels all "out of kilter". I slept 15 minutes past the alarm and if it weren't for morning coffee, I'd be shuffling around like a Zombie from NA5N's sprint a few weeks back.

I've become such a creature of routine.  If you told me this back when I was in my 20s, I'd probably have laughed right in your face.

I'm not laughing now - chuckling a bit (and wishing I could take a nap), but not laughing.