It warmed up yesterday

and the basement shack was a balmy 60 F (15 C), but I decided to give the 40 Meter QRP Fox Hunt a whirl with the magloop, anyway.  I was able to locate Wayne N4FP in Florida rather easily and worked him without a problem. Physically rotating the loop to where I could hear him the loudest, helped tremendously.

Drew K9CW in Illinois was a different story. He was weak, VERY weak, no matter which way I oriented the loop.  But since I had discovered where he was hiding, I decided to run to the basement shack to see if I could hear him any better there.

Using the Butternut HF9V,  almost as soon as I sat down, I caught him on a QSB peak and completed the exchange for the second pelt. After that, he faded away and I was able to hear him no better than on the loop. So I cannot conclusively say that the HF9V outperformed the magloop in this case. I just may have been fortunate to have caught him at just the right time with the HF9V. For all I know, he might have come up just as loudly on the loop. There was no way I was able to make a direct A to B comparison.

One thing I will say, though ....... the loop is much easier to tune now. I took one of the sidereal drive "extenders" from my telescope and fit it onto the shaft of the tuning capacitor of the loop. Before I just had a plain ol' vanilla knob. The "extender" is long enough to remove any hand capacitance effect that my body previously presented, throwing off the setting once I removed my hand. Now I can tune for loudest background noise, and lowest SWR and nothing changes when I remove myself from the equation. 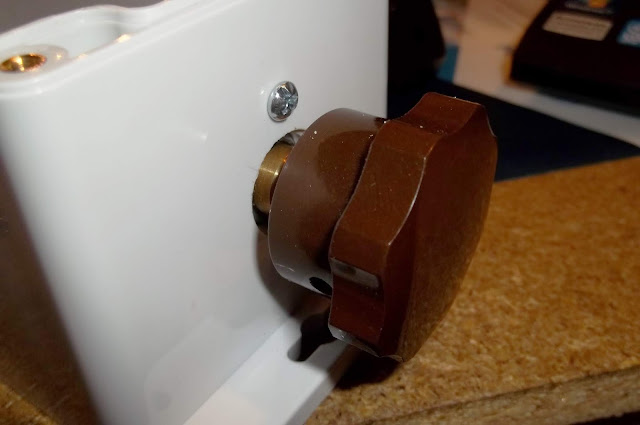 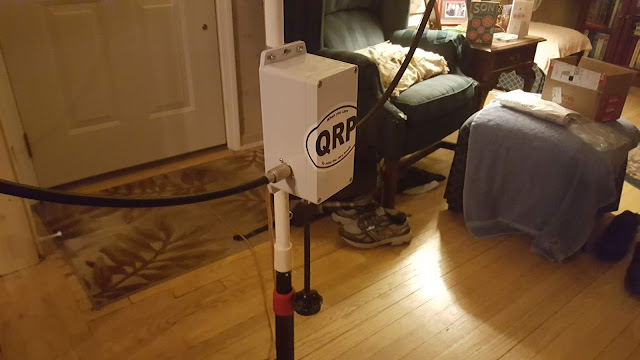 I was pleasantly surprised at what a difference this extension proved to make.