New Year thoughts - this 'n that 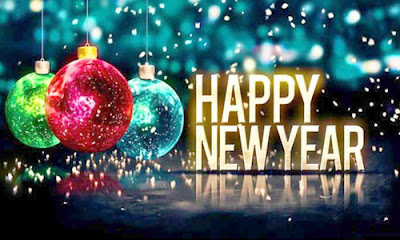 Best wishes for a very happy, healthy and joyful 2019 to all my friends who read this blog. May the coming year be filled with great DX, ATNOs, wonderful rag chews and lots and lots of fun.

The family went out for dinner last night. We got home around 8:30 PM local time, which was already 0130 UTC. I came downstairs and flipped on the KX3 thinking that I would hear a lot of SKN activity. There seemed to be some, but most of the signals seemed on the weaker side and there didn't seem to be as much "wall to wall" activity as I was used to hearing on other SKN nights. Maybe it was because I didn't sign on right at 0000 UTC. I don't know. I eventually worked another Ham right in my own town - Lou WB2QNU. His grandson was in one of our Technician classes a few years ago, while he was a Senior at South Plainfield High School.

Unfortunately, he was one of the ones that didn't pass, but it was quite understandable. He was so busy with Honors and Advanced Placement classes while simultaneously holding a position on the school's gymnastics team. It was a wonder he found time to eat and sleep, let alone find time to study for a Technician license. I asked Lou if his grandson ever got his ticket and he told me "No, he's in the military now". Too busy with Air Force stuff - but the time will come, eventually. If he has a Ham Radio future, it will come, eventually.

I got on the air this morning to take part in the QRP ARCI New Year's Day Sprint which took place from 1500 to 1800 UTC. I got on at about 1600 UTC. Again, not a lot of activity. I guess everyone was too pooped to pop after celebrating New Year's Eve.  In the final two hours, I made six contacts. Three on 20 Meters and three on 40 Meters. There would have been a seventh, from WA6OEF on 20 Meters, but just as we was giving me his exchange, he was covered up by a digital op. No warning, just digital QRM, out of the blue, covering up WA6OEF (grumble, grumble).

Yesterday, another goodie arrived from Gear Best. It's a magnetic circuit board holder, and again, it was one of those things that looked intriguing and was priced so low as to not pass up. If memory serves me, it was around $10 (US). 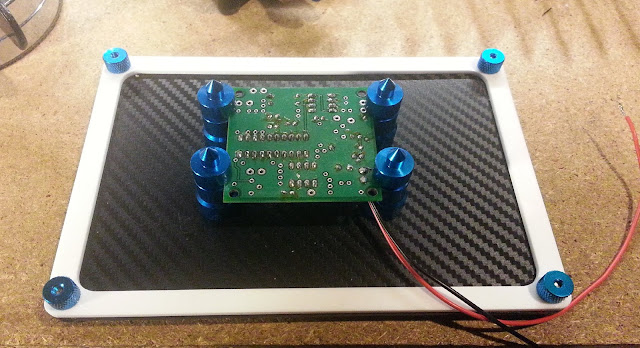 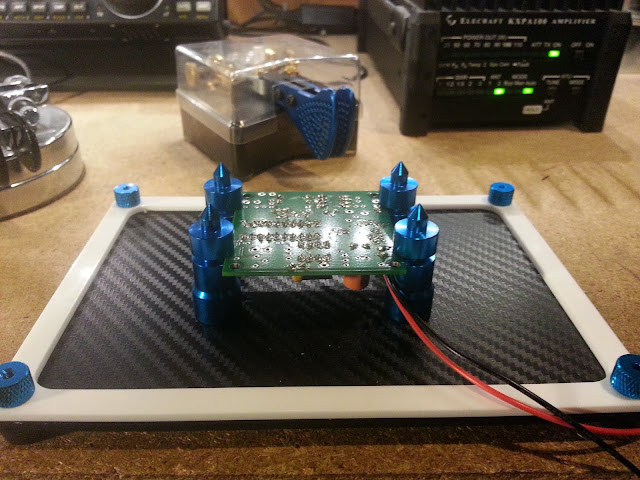 The four magnetic posts hold the board up high enough so that there's ample room for most  components when the board is upside down for soldering. There's probably not enough clearance if a heat sink needs to be installed, but most times those can be added later. This unit comes from the Netherlands. You can find it on the Gear Best site or at http://store.eleksmaker.com/index.php?route=product/product&path=100&product_id=212  The board is big enough to hold a circuit board just slightly bigger than a QSL card.

It's a balmy 53F (12C) here in South Plainfield today; but the weather prognosticators are saying that won't be the case for long. Soon, frigid air is supposed to be arriving, with Winter making a comeback.

For 2018 I can tell you that at W2LJ, according to my weather station:

According to WeatherUnderground, which stores my weather station's reports, the largest wind gust in 2018 clocked in at 28.6 MPH (46 KPH). I would have suspected a higher reading as close as we are to the Atlantic Ocean, but then, we had no hurricanes come through this year, either. I and my antennas are grateful for that! I have come to learn by observation, that just a little breeze can move things around a lot. When the tree limbs really start swaying, the wind speed indicator reads a lot lower than I would have expected.

Goals for 2019?
Build my QCX and get a few more kits done that have been backing up here.
Get on the air more.
Increase our CW QSO total at Field Day.
Blog more often than I have been. But I want to write about meaningful stuff, not just drone on to fill space. So hopefully, I won't become just a rambler.

Once again, thanks to all of you who read this on a regular (or even not so regular) basis. I hope you'll find it informative, interesting and even entertaining in the year to come.