Today, the ETS of NJ VE Team that I belong to had our first successful exam session since this COVID crisis erupted last winter. A session was held in February, but I could not make it as I was stuck in an interminable check out line at our local grocery store. The sessions for March, April and May were canceled.

Governor Murphy had recently relaxed some of the restrictions that were in place, so we were able to hold a session today, albeit with Covid precautionary measures in place.  Our session was held outdoors and not indoors. We had to have two sessions because we had 20 candidates on our "waiting list". Sounds kind of daunting, doesn't it? Actually things went quite smoothly thanks to the actions of our liaison, Drew W2OU.

We had the candidates line up their vehicles on one side of the parking lot. Directly across from them were the vehicles of the VEs. One on one, directly across from each other, facing each other. The candidates were given some restrictions - no passengers, the front of the car had to be totally clear of any printed materials. They were given the option of taking the exam inside their vehicle, or if they wanted, they could bring a chair and clipboard and take the exam in front of their vehicle. If they decided to remain in their vehicle, their cell phones had to be placed on the dashboard where we could see them. Each vehicle was checked for compliance as we collected exam fees and checked photo IDs.

Social distancing was maintained whenever possible. Face coverings and gloves or hand sanitizer were mandatory equipment for the day. VEs were instructed to wear yellow safety vests. We communicated with the candidates via a low power FM transmitter tuned to 88.7 MHz, or thereabouts and they could hear us on their FM broadcast receivers inside their vehicles. 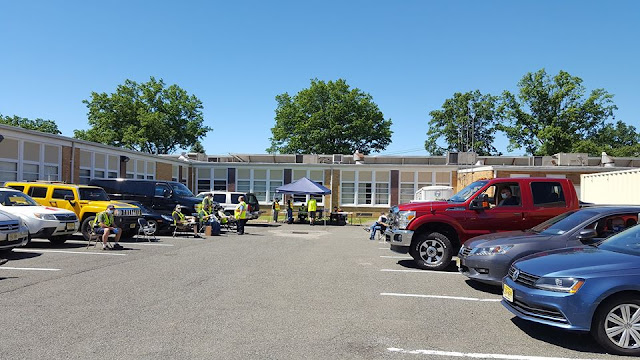 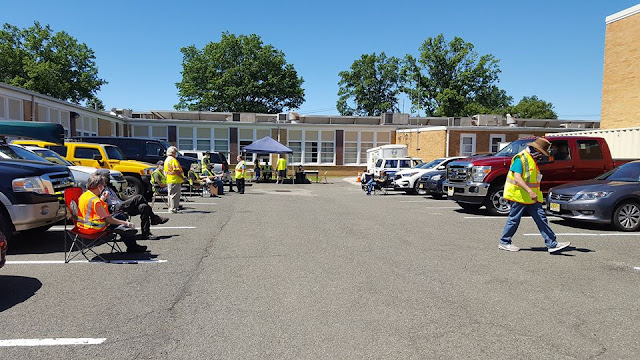 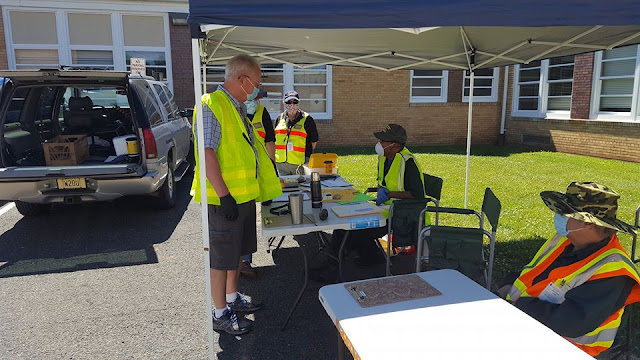 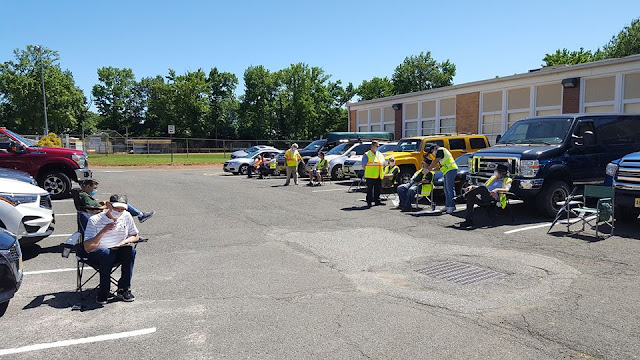 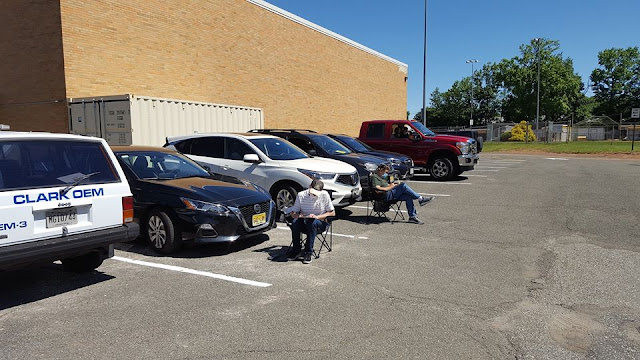 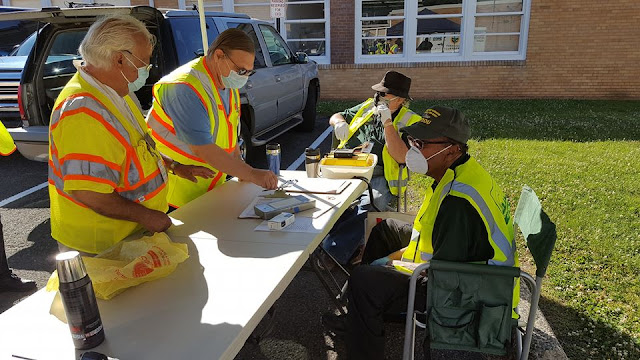 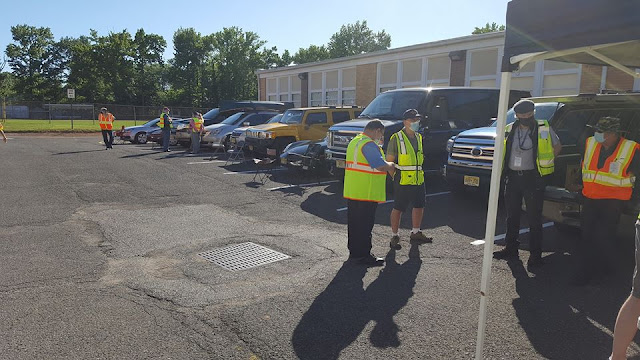 Thankfully, the weather cooperated by giving us a beautiful day and both sessions went off without a hitch. Well, almost. We panicked a bit when we thought we misplaced a candidates completed test answer sheet, but we quickly found it located in another folder. Everyone who came walked away (or should I say drove away) with either a new Technician license or an upgrade, we even had a couple folks come in with no license and went home as General Class ops.

The only sad part of the day was remembering one of our own, Bobby Cure W2REC who became a Silent Key due to this plague. We tried to honor his memory by making him present in spirit at today's session 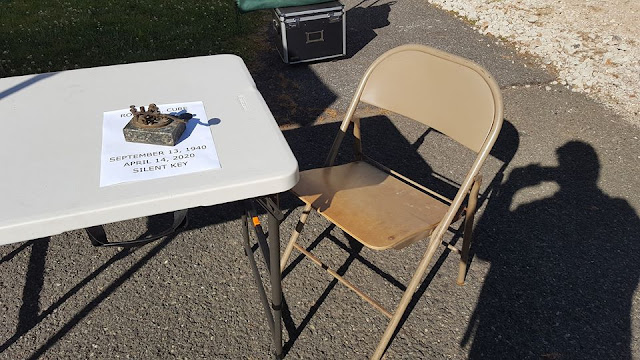 We left a seat vacant for him and put a straight key in place to honor his years of dedicated service to our VE Team.  RIP, Bobby, you are sorely missed.