The amount of e-mails that I have received requesting Skeeter Hunt numbers has been a bit overwhelming to say the least! And I could not be happier! Is this little Summer QRP Sprint beginning to become a favorite? I certainly hope so!

In the first 24 hours, since I started handing out numbers, I have received 136 requests.  In the past, that didn't happen until way closer to the event. Thank you all so much for your support and participation - does my heart good. And who knows? Maybe we'll actually have some sun spots this year. Could Ol' Sol finally be awakening from his slumber?

The Roster can be found at:

Keep those requests coming in, folks - plenty of Skeeter numbers to be had!

On another note,I have been reading a little book that I re-discovered on my kindle. I must have downloaded it a long time ago - I don't even remember when. It's titled "The Brasspounder" and the author is D.G. Sanders. 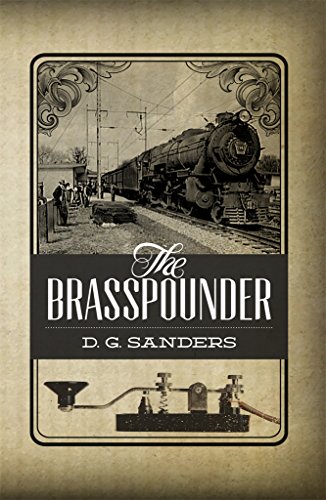 If you own a kindle, or have the kindle app on one of your devices, you can download this from Amazon for free. The time period the author tells of is the early 1900's - specifically around 1915 when he first started working for the railroad. It's not Amateur Radio related, but the word "ham" does make an appearance early on, in what I thought was, an unexpected way.

It's light reading and goes pretty quickly. In just a few evenings of pre-bedtime reading, I'm already half way through the book. Some of the language is railroad lingo, but it's easy enough to get through, and figure out what he's writing about.

If you get the chance, download it - it's free and is an interesting read of the life of a professional railroad telegrapher.

72 de Larry w2LJ
QRP - When you care to send the very least!