I am pondering of the possibility of resurrecting the NJQRP Club as an actual and viable organization. The club kind of fell asleep over the years, and when we lost the two masterminds, it went into a deep slumber. George N2APB now lives in Tennessee, and Joe N2CX passed away suddenly a few years ago. They were the heartbeat of the club. Except for the NJQRP Skeeter Hunt, we're basically in a flat line status.

Is it possible to break out the paddles and shock the club back into life? I think so; although it will take a lot of work and it will only be a shadow of its former being for a while, at least. The first step I've taken is to start an NJQRP io group. The next step will be to start publicizing its existence. I would really like to find a place centrally located in the state where QRPers could get together and meet maybe 3 or 4 times a year. We used to gather at the food court at a shopping mall near Princeton. I'll have to look into that. I miss the show and tell sessions and when we used to meet as a group at a park in Blackwell's Mill for some impromptu operating. By the way, that was the fabled site where the aliens landed in Orson Well's famous "War of the Worlds" broadcast. 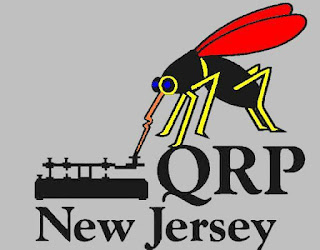 So, if you're from NJ or the greater NJ, NY, PA area and would like to be in on this project - drop me a line to w2lj@arrl.net. I'll send you an invite to join the NJQRP io group - just an e-mail reflector for now. Stay tuned!

Email ThisBlogThis!Share to TwitterShare to FacebookShare to Pinterest
Labels: NJQRP