A few months back, in April, I ended up trading in the Jeep Patriot for something newer. The Patriot was 167,000 miles old and needed a new catalytic converter (estimate close to 2K). My wife Marianne brought up the point that it wasn't worth spending any further money on the vehicle, as it had done well for us over the years, and we had gotten our money's worth out of it. The possibility existed that it was just going to become a repair money pit.

She went online and located a "pre-owned" 2018 Jeep Cherokee at a local Honda dealer that was turned in after a short term lease. 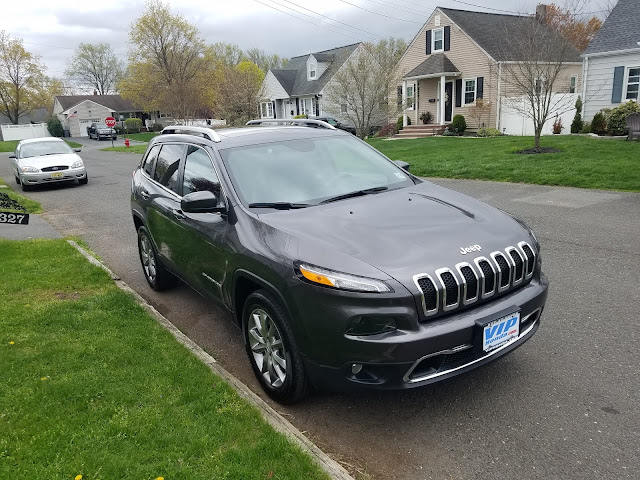 This is the nicest vehicle that I have ever owned and I was a bit hesitant to put holes in it and mar the interior by installing my VHF/UHF radio. I have been driving around without since. This past Wednesday and Ida changed my mind.  However, I still didn't want to permanently deface the interior by drilling screw holes, so I came up with another solution. 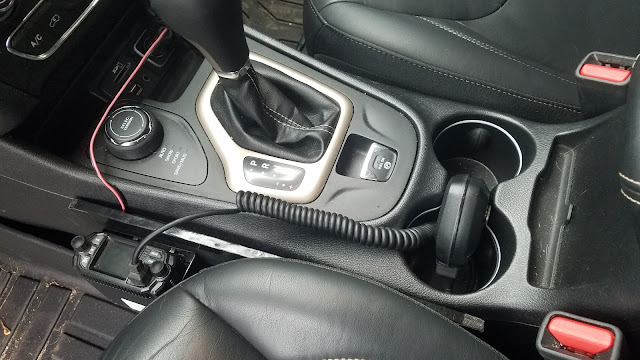 I took a piece of plywood, cut it to a size that I thought would work best and I painted it black. It slides in between the driver's seat and the center console and because of the almost non-existent gap, stays put. I attached the radio to the plywood and that's how it's mounted. 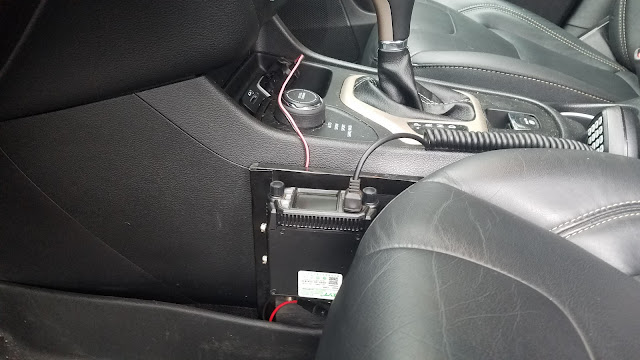 I put black duct tape over the edges of the plywood to make that look a more finished and I put some Velcro (the soft, fuzzy side) over the screw heads securing the mounting bracket so that they can't scratch the side of center console.
I'm waiting on a new antenna, a Compactenna 2M/70cm dual band antenna. 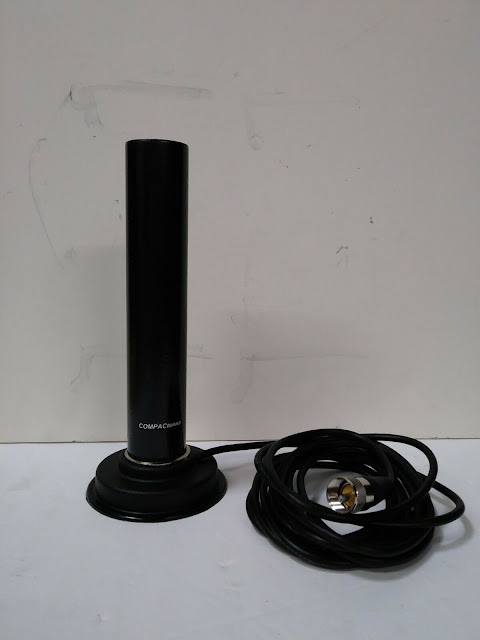 When I first saw this compact antenna a few years ago, I was skeptical as to how good a performer it could possibly be. My friend Tim AB2ZK has one and he raves about it. I want a low profile antenna so I can park in the deck at work with no problems. The 5/8 wave antenna I had on the Patriot forced me to park outside, as it would bang into the low hanging pipes protruding from the deck ceiling. I was also afraid that I would one day damage one of the low hanging fire detectors that are there.

The antenna is due to arrive this week and I should be in business by next weekend.