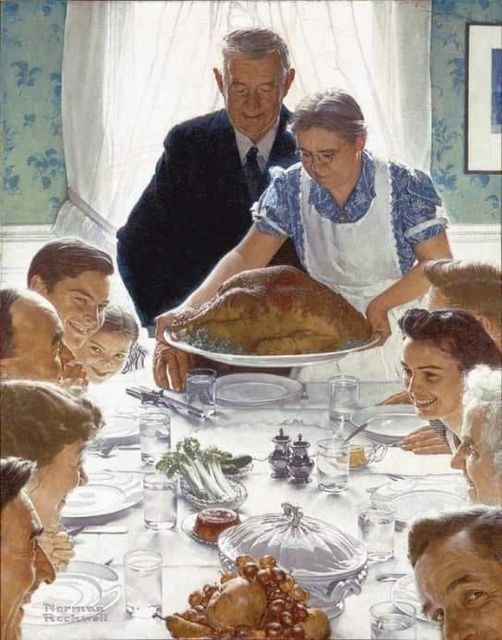 Today in the United States, we celebrate Thanksgiving, which was instituted by President Abraham Lincoln in 1862, shortly after the Battle of Gettysburg, which was a particularly fierce battle of the Civil War.

There are many things to be grateful for and about a week ago at this past soup kitchen session, where I volunteer once a month, I met someone who really inspired me to list some of the things that I am thankful for. I did this over a period of eleven days on Facebook.  I wanted to share with you Day 10:

Gratitude Day 10 - This one may seem a little weird and nerdy, but stick with me on this. For Day 10, I am grateful for my hobby, which is Amateur Radio....for a lot of reasons. I've been a licensed Ham for 44 years now.  The smattering of electronics that I had to learn for my license led me to 22 year career at Sinar Bron, where I was Service Manager. In order to learn even more about electronics, I enrolled and went to night classes at DeVry where I met another good friend (he's on FB and he knows who he is). The hobby led me to memberships in several clubs where I have established some of my most important friendships. Rather than embarrass them,  I'll just name a few call signs ... W3BBO, K2VHW, KD2FSI, AB2ZK, W2AOF, N2LCZ, W2OIL, KC2YRC, K2NBC, WB2KLF, AB2VE .... this list could go on for days and days, and doesn't even begin to touch the hundreds of Ham friends I've gained through Facebook and the internet, and the many I have met over the airwaves.  Also, I was privileged to know some fine Hams who have passed and are now known as Silent Keys ... W2OU, W2WK, K2FD, WV2O, N2EBA, WB2MSV, N2LHD - all good and treasured friends. Besides providing me with hundreds of hours of fun and enjoyment,  Amateur Radio also led me to become a CERT member as well as a volunteer part of the Middlesex County Office of Emergency Management. The hobby has provided quite a ride, for which I am most grateful.

I hope all of you who celebrate today have a truly wonderful and blessed Thanksgiving!