My friends Bob W3BBO and Neal W3CUV decided to take a QRP Portable day trip today. As Bob noted, it may well have been the last one before the Pennsylvania snow season starts. Both Bob and Neal live in Erie, PA; and they have to deal with "lake effect" snow. They get lots and lots of snow! More snow than I would want to deal with, here in Central NJ. 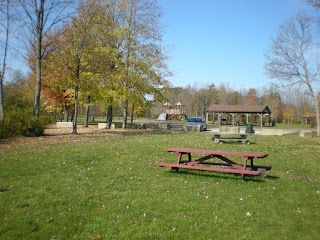 They made a trip some 20 miles south, down to Lake Edinboro, which has a community park on its shore. Bob took his PFR3 and a 51' end fed wire. Neal brought along his rig and 66' end fed wire. 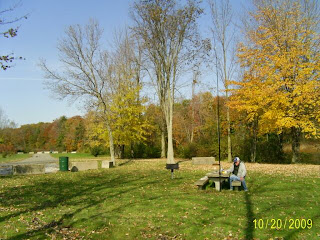 Bob and Neal managed 6 QSOs - three on 20 Meters and three on 40 Meters. For the middle of the day on a Tuesday that's not in the summer that's pretty good. They managed to work MI, KY and MA on 40 Meters, while 20 Meters yielded WA, SK and CO. Bob's CO QSO was with Paul WoRW who was (and usually seems to be) pedestrian mobile. 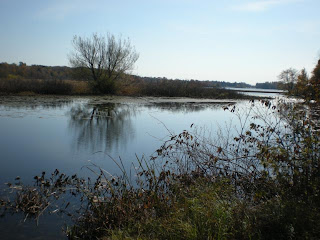 Bob said the weather started out beautiful; but got a bit cloudy and chilly towards the end of the outing. I guess that's a small foretaste of the cold weather to come! 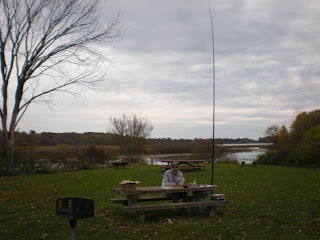 But even with that said, Bob made the point of stating that the scenery was beautiful; and from the pictures he sent, it was obvious that my two friends had a great time! Once again, it is proved that QRP + the Great Outdoors = Fun! 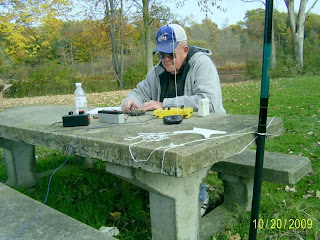 I'm beginning to think that a variant of that ol' fishing saying is true for radio, too. "A bad day QRPing is better than a good day at work." Not that Bob and Neal had a bad day; but I sure would rather have been with them than behind my desk!