I am not a Weatherman.

It was snowing lightly, all day yesterday.  Actually, alternating continuously between snow, sleet and freezing rain.  I left work for home and even had a somewhat easy commute.  Everyone got scared by the ominous Nor'Easter forecast and must have left work early.  By the time I left for home, the roads had a mere shadow of the normal drive time volume of traffic. Interstate 287 was sloppy and local roads were worse as there was an accumulation of probably just under an inch of snow, sleet and ice. 4 Wheel drive came in handy on the local back roads.

After dinner, I decided to go outside and clear the cars and the driveway, the back deck and the front walk and porch.  It was heavy, slushy accumulated precipitation, but by the time I had finished nothing was falling from the sky. I thought to myself that maybe once again, the weather people had gotten it wrong.  Sometimes, it seems they tend to forecast the sensational, "worst case" event.  I thought that this might have been another one of those times.  So after a session on 30 Meters last night (see my previous post), I checked out the weather radar one last time for the night.  Our portion of New Jersey was at the extreme lower part of the storm. It appeared that within a short amount of time, all would be past us and the little accumulation we had gotten "was all she wrote".  I went to bed, smug, snug and happy.

The one thing I didn't take into consideration - counter clockwise rotation.

During the night, while I laid happily snoozing away, the storm did indeed move in a NorthEasterly direction. But at the same time, it was spinning in a counter clockwise direction, bringing around another bout of snow. So this is what I woke up to: 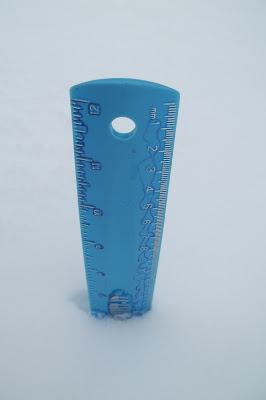 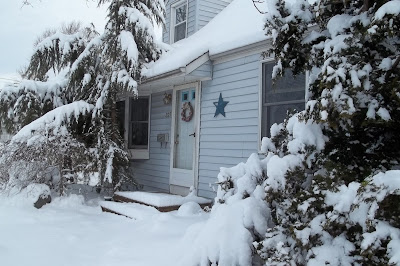 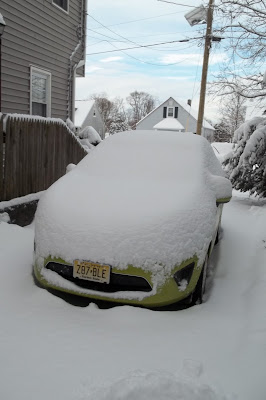 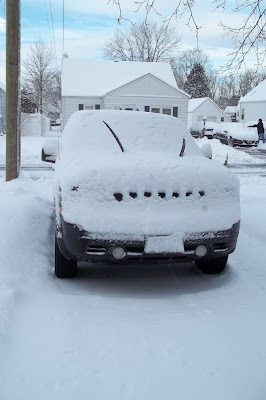 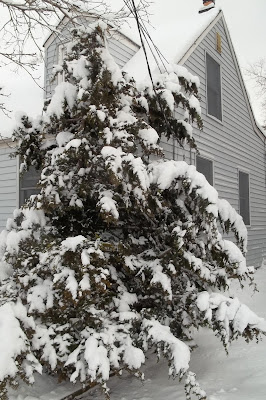 Not the nearly three feet of snow that parts of New England got slammed with, but enough to be a nuisance. Thankfully, my son Joey helped his Dad clear it all out. 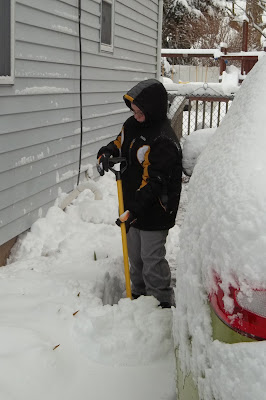 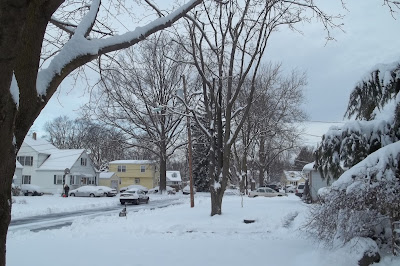 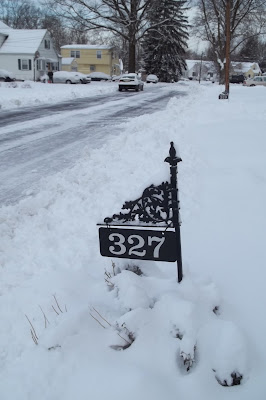 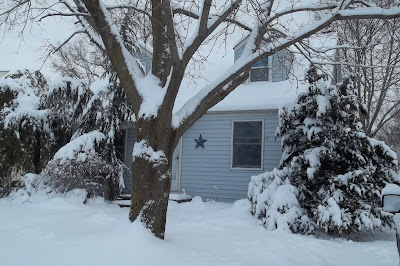 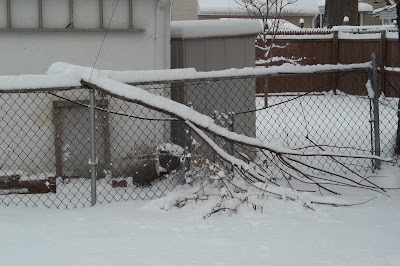 It seems that Nemo (The Weather Channel began giving these Nor'Easters names) decided to finish off a branch from the maple in the backyard that Sandy had previously weakened.  You can see I lucked out here as the branch came very close to support line for the W3EDP antenna.  All my antennas made it through safe and sound.  I don't know how bad the winds got during the night; but they didn't howl loudly enough to awaken me from my sleep.  So either they weren't that bad; or I was just too tired be awakened by the noise! 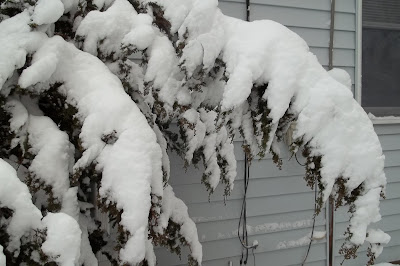 The good thing is that the snow that fell last night was relatively dry.  I had already removed the heavy stuff, so that made digging out this morning a lot easier.  In all, it took me and Joey a little over an hour to get everything cleared away.

I am hoping that this was our "big snow event" for the Winter of 2013 and that we won't see too much more of the Wintery stuff.  We still have all of February and March to go, so I have my fingers crossed!