The following evening, the meeting of the Twin Counties Amateur Radio Club promptly started on time. Chuck Phillips WB2MSV, the TCARC President, called the meeting to order,  The club members were antsy and eager to get the business portion of the meeting done with, so that the festivities could begin.

"OK, before we adjourn and go to the party matters at hand, is there any new business to discuss?" Chuck asked.

George Mason raised his hand, and immediately you could hear a few groans.  "What is it now, George?" Julius WV2O yelled from the back of the crowded room.

"You just hold your horses, Jules" Chuck admonished. "George has the floor.  We'll get to the pizza soon enough. They're not even here yet, anyways!"  Everybody had a good laugh at that one. 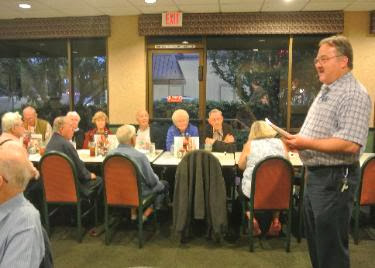 George got up before the assembly, and with Davy and Jimmy's help, explained what had happened over at the soup kitchen.

Someone from the back spoke up,"Well George, Davy, Jimmy, that sure is a stroke of tough luck,  I feel bad and all, but what can we do about it?"

That's when George spelled out his plan.  "Look guys, I know it's close to Christmas, and that a lot of you are tapped out.  But these folks have it a lot worse than we do. We all have warm houses, plenty of food and warm clothes on our backs. We all have shacks filled with radio gear, some of it pretty darned expensive! Most of the folks who go to this soup kitchen have very little or next to nothing.  We're fortunate enough to have family and friends to rely on.  These folks have no one.

C'mon fellas - we're supposed to be known for serving the public, right?  A hurricane, a blizzard, a search and rescue or some other crisis comes up and we're all there with our radios, waiting and ready to help out. This is really no different, when you think about it.  This is a man made disaster instead of a natural one, that's all.  You guys have come through in the clutch so many times before, that I can't even count them all. I can't believe that you'd just let this one pass us by".

The room went silent.  Then Norm KB2SBB chimed in from the right side of the room, "I've had my share of tough times.  When I lost my job after we were first married, Martha and I really struggled. It looked pretty bleak for a long time, so I know what these people are going through. I move that we donate $200 from the Club Treasury AND donate tonight's proceeds from the 50/50 to the soup kitchen. Anybody want to second that?"

George K2FD stuck his hand up. "I'll second that in a heartbeat.  And on top of that, here's 25 bucks of my own".  He handed N2EBA the cash.  Then he said, "C'mon guys, there weren't all that many kids on the list that George and Davy and Jimmy mentioned.  I think there were like twenty or so?  How about if we each get one of those kids a gift and bring them to that Christmas Eve party?" By the time the Club Christmas party refreshments had arrived, all the children's gift purchases were accounted for. In addition, someone actually passed a hat around and about $500 had been donated if you included the official club donations. Davy gave all the members of the Club the details about the Soup Kitchen Christmas Eve party. All the guys insisted on being there and agreed to assemble at the appointed time.  As they were leaving, Chuck pulled George over on the side and  the two were discussing something in a low voice. George's eyes lit up and a smile about a mile wide appeared on his face. 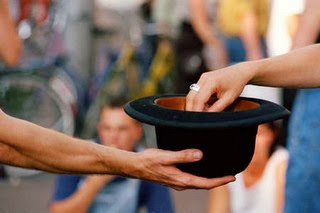 Later that night, when George Mason dropped Jimmy off at home, they both excitedly told Jason what had happened.  Jason couldn't believe his ears. He immediately called Donna Pescarelli, and without giving too many details, told her not to worry, that all was being taken care of.

"Jason are you sure about all of this?” Donna asked, just a bit skeptically.  She wasn't exactly filled with her usual Christmas spirit ever since the burglary.

"Donna, if there's one thing I've learned in the past year, it's not to doubt Davy, Jimmy, George or any of their Amateur Radio buddies. Look Donna, you were Abby's best friend. You always trusted her. You can trust me and Davy, too. Oh, and by the way, tell all your regular volunteers to take Christmas Eve off, and spend it with their families. They deserve it. Davy's Amateur Radio Club promised to cover the whole shebang."

Donna was incredulous. "I don't know what to say!"

Jason answered, "Then don't say anything, just be at the kitchen early on Christmas Eve. We'll all meet you there."