I guess you could say that tonight was the first, formal meeting of a new Amateur Radio club. The newly formed South Plainfield Amateur Radio Club (SPARC) now lives.  Up until now, we were an "informal' club, a loosely knitted confederation of Amateur Radio operators who gathered under the CERT umbrella to provide community service to our town.

But now we have a formal constitution and by-laws and we now fall under the banner and protection of the South Plainfield Office of Emergency Management.  Our major purpose is to provide communications and service to the OEM and the town of South Plainfield, NJ. The club documents were signed by the charter members, of which yours truly, is one.  I was appointed to be Trustee of our Club Callsign NJ2SP., which really is just a continuation of what I had been doing. 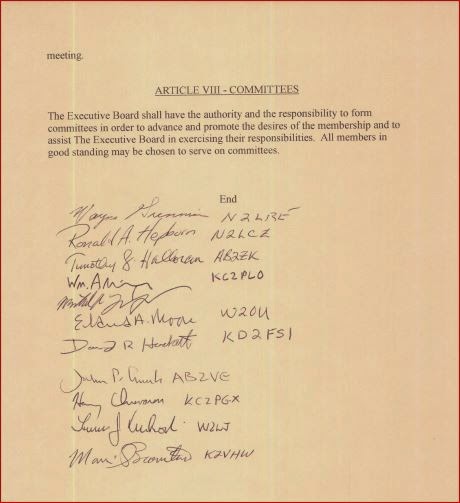 Our secondary purpose is to highlight Amateur Radio to the public, as well as to try and introduce Amateur Radio to the youth of our town and the surrounding area.  One of the ways we hope to do that is by sponsoring a prominent Field Day effort in a very public park in town.  Since time is short, it was decided to put forth as simple an effort as possible, so we will be doing a two station QRP setup - one station SSB and one station CW.  Since I seem to be the "QRP Guy" in town, I was made Field Day Committee Chairman. Yikes!

It looks like we'll be using my two KX3s and some simple wire antennas.  While South Plainfield has its share of parks, there are two in particular that have very high visibility. The first is Spring Lake Park, which is actually part of the Middlesex County parks system. 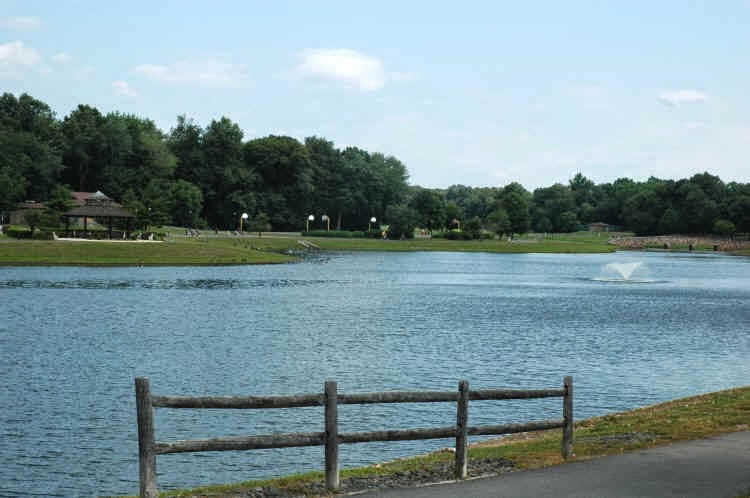 That gazebo to the left in the picture would offer a nice shelter in the even of inclement weather.  The other possibility is Putnam Park,  a municipal  park which has the advantage of being at the intersection of two major roads in town. It sees a lot of traffic and has lots of tall trees, also. The only disadvantage is the lack of a shelter. We would have to procure some kind of tent, canopy, or other portable shelter.

Time is short, and this is definitely going to be a "fly by the seat of the pants" effort at this point.  The main goals will be to have fun and garner some publicity for SPARC and Amateur Radio in general. Since this looks like it's going to be a QRP expedition on steroids, maybe I can get the other guys in town to be bitten by the "QRP Bug".