Notice the apostrophe in there?  That's because Hallowe'en is kind of an abbreviated form for the formal title of the day - All Hallow's Eve (or evening).  Hallowe'en used to be observed as the vigil for All Saints Day, a vigil (in Catholic terminology) being the night before a Holy Day or some other holiday. Hallowe'en was actually considered a quasi-Holy Day itself, the beginning of the part of the year where the Catholic Church remembers and honors those who have departed from this life and have gone onto their reward.

Then things happened and because the day was associated with the dead, it got twisted into goblins, ghouls, witches and demons. 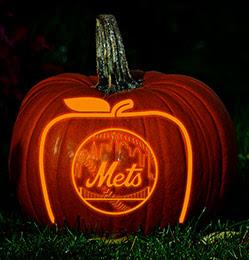 Last night was the Zombie Shuffle, and as I stated before, last night was also the K2ETS monthly meeting. I was able to get on for about only 1/2 hour before having to leave. In that short period of time, just as the event was getting under way, I made eight contacts on 40 Meters. The best one of those was with Ed WA3WSJ who was Zombie Shuffling from the Appalachian Trail.

I tried CQ BOOing on 20 Meters for a bit, but since the Shuffle starts at 6:00 PM local time, 20 Meters is actually not usable until 6:00 PM kicks in for the other time zones.  At the same time, 80 Meters becomes better when it gets "dark" dark - after twilight. So for that first hour to 90 minutes, 40 Meters makes the best sense for the beginning of the Zombie Shuffle for the Eastern time zone.

After I returned home from the meeting, I went back on the air and made three more QSOs on 80 Meters and that was it. That was a bit after 10:00 PM and there was no longer any CQ BOO activity on 20 or 40 Meters that I was able to hear. I called CQ BOO and did some dial twiddling on 80 Meters, and after it looked like the well had gone dry, I went upstairs to watch the final innings of World Series Game 3. You know, sometimes it difficult enough using the KX3 in "Dual Watch Mode" attempting to simultaneously listen to two different Amateur Radio frequencies, one in each ear bud. I found that it's even tougher trying to simultaneously listen to the Zombie Shuffle in one ear and the ballgame in the other. Talk about scrambled brains!

The Zombie Shuffle is a lot of fun, though. If you've never tried QRP contesting, you might want to try it next year (if you can wait that long). I heard all kinds of CW speeds last night, from probably about 12 WPM to 25 WPM. The Shuffle is unique in that it's loosely organized and is actually more of an operating event than a contest. And the participation! Wow, it's talked up on the QRP email reflectors for weeks ahead of time and the participation is always superb!  Thanks to Paul NA5N and his wife Jan N0QT (who also sponsor QRP To The Field each year). It's amazing how popular the Zombie Shuffle has become, when you think about it - but then really it's no surprise, it's just a lot of fun.

One last thing - for those of you who observe Daylight Saving Time - tonight's the night we "Fall back" and set the clocks one hour behind. Tonight you'll get that extra hour of sleep in order to recover from all the Milky Ways and Snickers bars that you have "Trick or Treated" yourself  to! 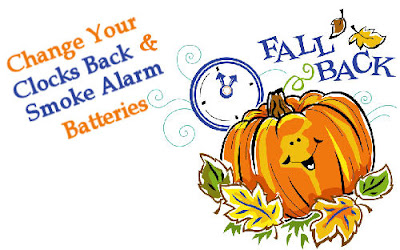