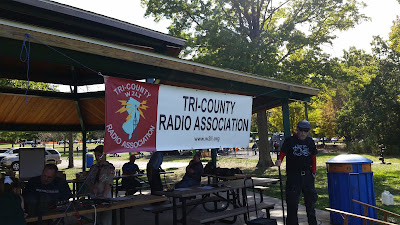 The guys from W2LI had quite an impressive set up. An IC-7100 was tethered to an OCF dipole and a VHF/UHF station was activated as well. 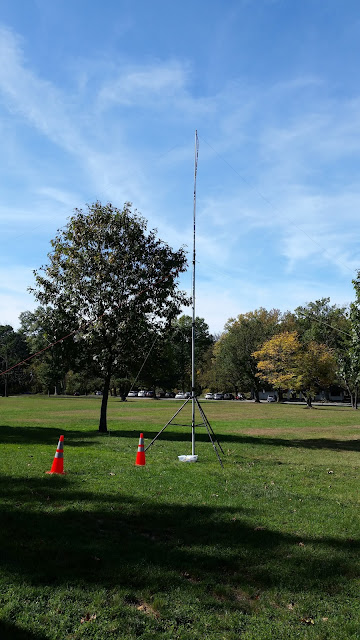 After a brief presentation of what Amateur Radio is and what you can do with it, the kids were given a chance to actually get on the air and make contacts. 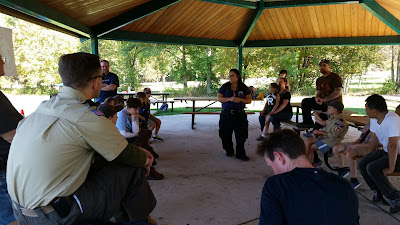 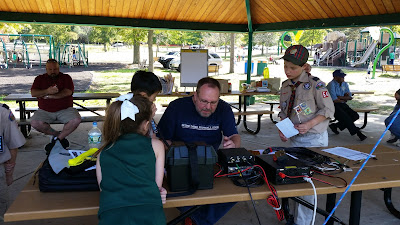 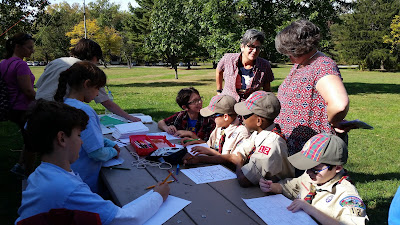 The Scouts had fun, none looked or complained of being "bored". While the older Scouts got busy on working towards their Radio Merit Badges, the younger ones got on the air. After some initial mic fright, there were plenty of exchanges with other Scouts around the country about ages, hobbies, locations, etc.

The team from the TCRA also brought along a code practice oscillator and some printed out Morse Code sheets.  This part of the afternoon seemed to have garnered as much attention as the HF station.  The kids were fascinated by the Morse Code.  It got to the point where some of the Cub Scout den leaders had to remind their charges that they had to share!  The kids got a kick out of sending code while we translated what they were sending - mostly their names.  It was tough duty, as spacing was all over creation; but when we were able to decode someone's fist, the kids thought it was the greatest thing since sliced bread. And of course, the adults were amazed with regard to the Morse Code, that Amateur Radio operators "still do that".

I had to leave before the official end of the event; so I'm not sure of any mention was given about possible future licensing classes. One thing is for sure, though .... seeds were planted in what is hopefully fertile soil. Maybe there were three our four (or more) potential Hams recruited last Saturday.