I headed outside again today with the QRP gear, to try some stuff. 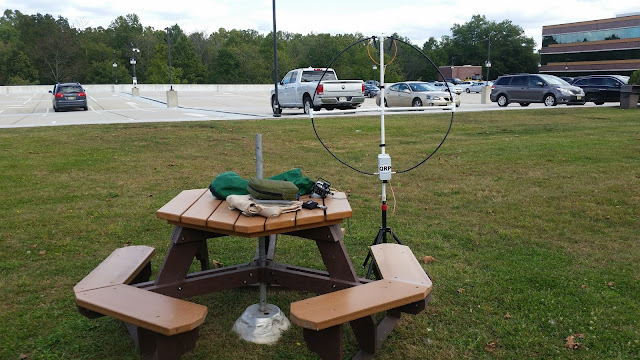 Although I made no contacts, I did have success (more than I thought) with the new method of tuning the magloop. Instead of listening for the loudest receive noise with my ears, I keep my eye on the KX3's S-Meter and watch for the most bars.  Once I get there, I tweak very slowly for the loudest receive noise and then use the KX3's SWR Meters for the lowest SWR.  I was surprised how much better and quicker this worked.  It was markedly faster than my older method of just listening. I guess in my old age, the KX3's S-Meter reacts more quickly than my ears do.

The second "experiment" involved sending out CQs with the primary purpose of wondering how RBN would pick me up.  I certainly would have answered any calls, as that would have been icing on the cake, but even though I got no takers, I fulfilled my primary objective. 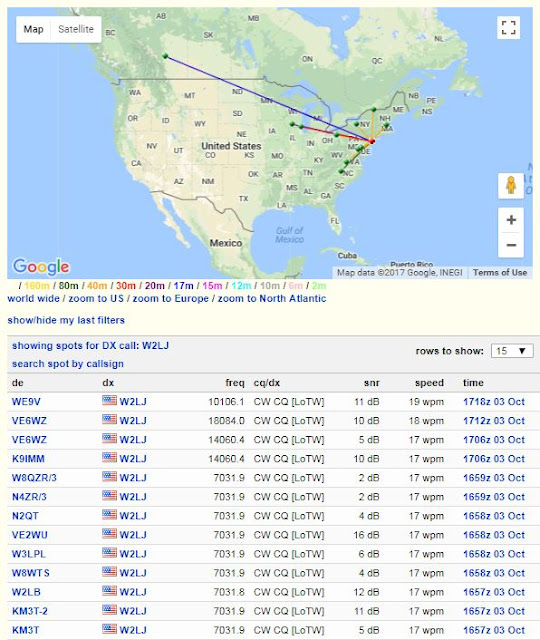 While it would have been more fun to have actually had a QSO, it wasn't a totally wasted effort. Tomorrow, I'll spend more time actually trying to nail down a QSO.