OK, so it wasn't a portable op

but I did start 2020 off on the right foot by getting on the air this weekend!

Yesterday (Saturday) the HamAlert let me know that W2P was on 40 Meters again - just as I was heading downstairs to shut everything off as I was headed off to Mass. I decided to give them a call for an insurance QSO and got through on the first try. Got to Mass on time, too. Double woot!

Then this afternoon (Sunday) I went downstairs to see what I could find while Marianne went to her company's Holiday party.  I worked ZP/KC2RG in Paraguay, several CW Ops stations who are on the air commemorating the group's 10th anniversary and then Tom W4VHH at the 20 Meter QRP Watering Hole.  I've worked Tom before in NAQCC and Spartan Sprints. It was good to say "Hello"!

Speaking of the QRP Watering Holes: 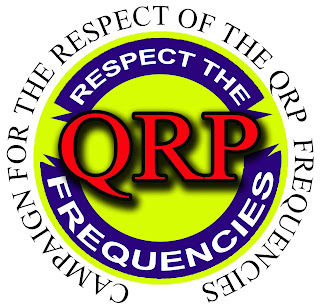 While operating in the tiny slice of spectrum that was known to be QRP country, it seems that courtesy towards QRP operators seems to have been suffering a bit. Traffic nets, digital stations and other QRO stations have been coming close to the watering holes - many times just jumping in without so much as a "QRL"?

I guess the solution, if there CAN be a solution, is to get on the air and make more noise - even if that's QRP noise. So I'm going to put my money where my mouth is and pledge to get on the air even more often this year and occupy the QRP Watering Holes - whether that be for sprints, rag chews or what have you. Tomorrow is the first Monday of January. The ARS Spartan Sprint will be on the air in the evening, US time.

I will see you there.

Email ThisBlogThis!Share to TwitterShare to FacebookShare to Pinterest
Labels: Operating