The weather held out, although it was mostly overcast, with some breaks of sun - and hot and kind of muggy. I'm not sure what the humidity was, but it had to have been up there.. No records of any sort were set - only ten Bee stations and two POTA stations worked in the time that I put into the effort.

As planned, I set up in the backyard at the patio table. Set up was quick and easy. The antenna was the one described in K4SWL's POTA video. Like his, my KX3 was able to match it quite easily on 40, 30, 20, and 15 Meters. 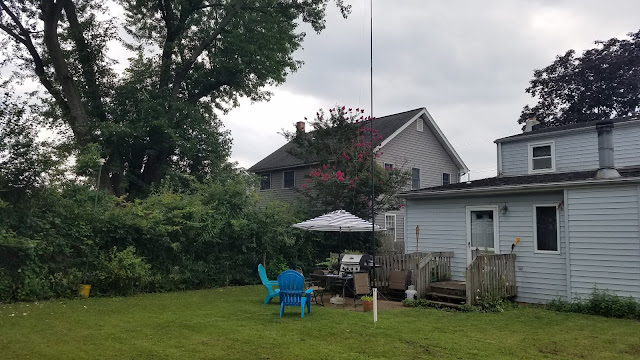 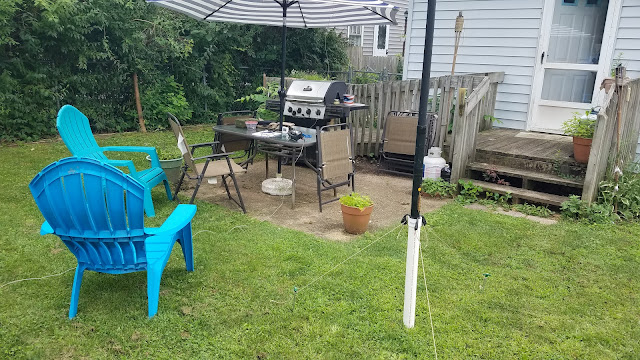 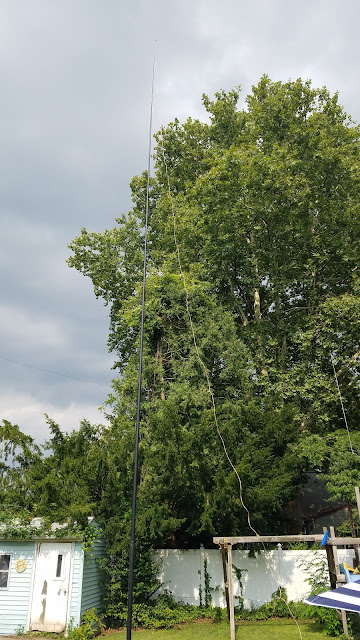 The antenna went up lickety split and it's so light that it didn't put any bend into the Jackite. Unlike Tom K4SWL, I didn't bother with banana jacks. I inserted the wires directly into the binding posts. 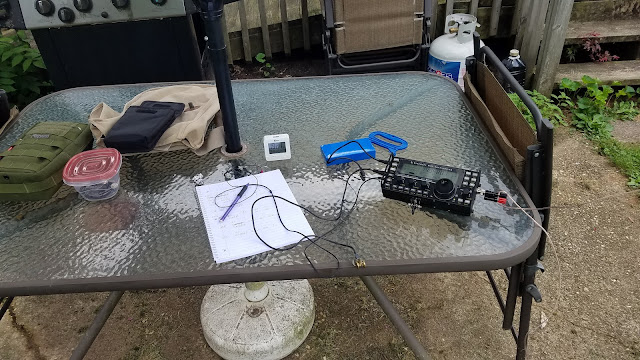 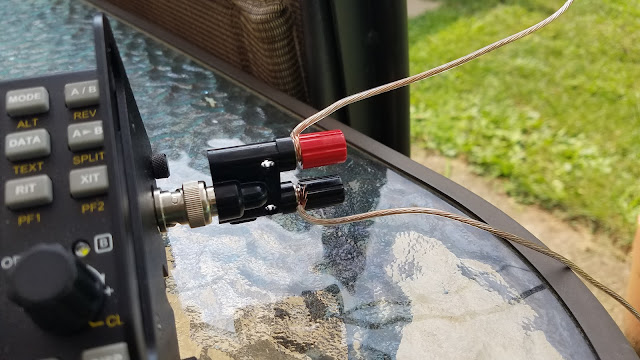 The key that I used was my Bulldog Clip paddle. Tiny, lightweight but it has a super feel to it, almost as good as any full sized key. 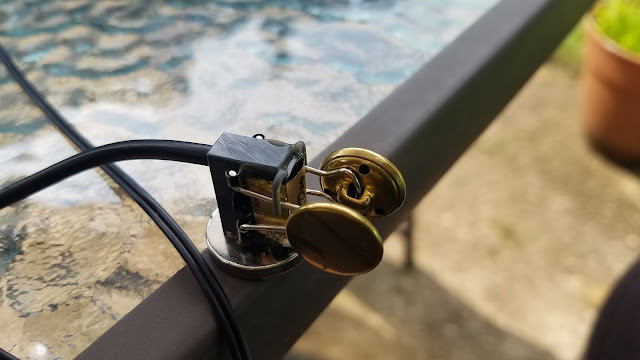 I did mention it got hot, right? A couple minutes after I snapped this photo of my little Radio Shack clock with built in thermometer, the temperature jumped past 90F. 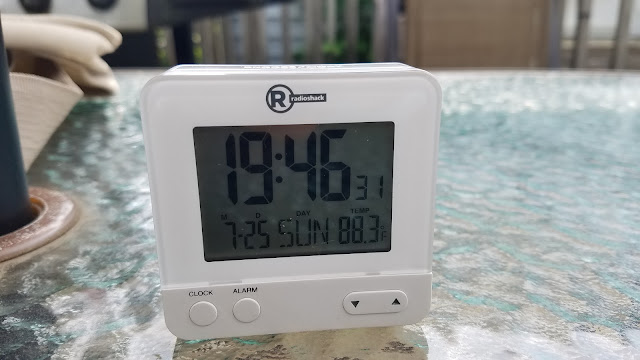 I had to leave in the middle for a little over an hour to drive my wife over to her boss's house. She was throwing a BBQ for the staff and my wife hates to drive, so .............
The bands were not in great shape by any means. Signals were down and I had to work to dig them out of the muck. Judicious use of the KX3's roofing filters helped with that. QSB was fast and deep. There were very few loud QRP stations this time around. Among others, I was able to work a few familiar calls, N0SS, AB9CA, N4KGL, K4BAI, and N3AQC.
The K4SWL antenna, as I will call it, did an OK job. FOBB was an experiment to see how well it would work. Well enough, I dare say, that I wound it up on a kite winder and stuffed it into my portable ops backpack. It's a good wire to bring along on vacation. It doesn't require a gigantic tree as the wire is only 28.5 feet long. A throw bag or a water bottle and some line should be able to get it deployed easily. If worse comes to worse and there are no trees around for whatever reason, the Jackite supports it like nothing is there.
72 de Larry W2LJ
QRP - When you care to send the very least!
Posted by QRP - When you care to send the very least! at 6:33 PM