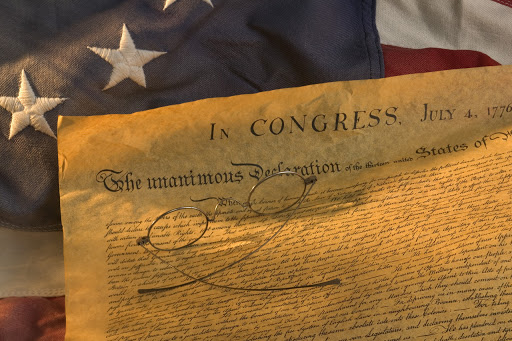 Happy Independence Day!
However you spend it - chasing Colonies, chasing POTAs, SOTAs, DX or in general just being on the bands or spending the day with family and friends at a BBQ and watching fireworks, have a very good and safe day!
If you should get the chance, I would urge you to watch a very good movie, "The Crossing" which was produced by the Arts & Entertainment Network back in 2000. It's about the very pivotal role that General Washington and New Jersey played in the American Revolution back in December, 1776.
My state of New Jersey is often the butt of jokes. We are nestled between the two large and powerful states of New York and Pennsylvania and we live in their shadows, Yet back in the day, New Jersey was one of the most important Colonies in the fledgling United States of America.
Our state nickname is "The Garden State", as we were the bread basket of the newly formed Nation. Our agricultural produce went a long way towards feeding the rest of the Colonies. In addition, our geographical position played an important role in the conflict. If New Jersey could be controlled by the British, then the vital pathway between the New England Colonies ands the Southern Colonies would be broken.
In the Bicentennial year of 1976, New Jersey was named, and continues to be named as "The Crossroads of the Revolution". There were more battles, skirmishes and engagements fought in New Jersey than in any other of the 13 Colonies. You can't go anywhere in this state and not be near somewhere that played an important role in the War.  My house is a mere block away from the Washington - Rochambeau Trail which was the route taken by the Continental Army on the way to the Battle of Yorktown.
So the 4th of July holds a special place in the hearts of New Jerseyans - at least those of us New Jerseyans who hold a special place for history in our hearts. Even if we are the butt of jokes about how we speak, how our State is perceived as overcrowded and less than a natural beauty, we remember the role we played in the founding of this Nation, and we are proud of that.
As a last word ..... to my readers who may be from Great Britain ..... even though today we celebrate our breaking away from the Empire, nevertheless, we thank you. You are our roots. Many of the traditions of our justice system and our government come from your influence on us. As happenstance would have it, over time we have patched up our differences and we have become the closest of allies. May God Bless the United States and England!
72 de Larry W2LJ
QRP - When you care to send the very least!
Posted by QRP - When you care to send the very least! at 8:35 AM