December 7th, 1941, "A date which will live in infamy".  These words were uttered by Franklin Delano Roosevelt, the 32nd President of the United States, after the Imperial Japanese Navy attacked Pearl Harbor.  Eight US Naval battleships were damaged, four of them were sunk. In addition, three cruisers, three destroyers, a mine layer and one anti-aircraft training ship were all destroyed or sunk. 2,402 Americans lost their lives, and 1,282 were wounded. 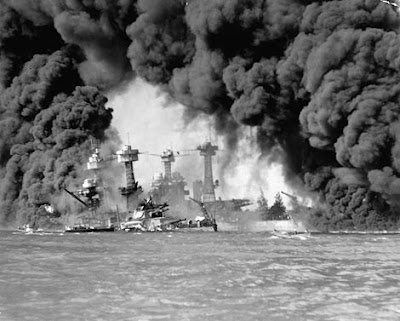 World War II, which was to last until 1945, was a period of time where electronics and electronic innovations blossomed.  Because of the war effort, radios became smaller, lighter, tougher and were built to withstand all kinds of battle conditions.

The Amateur Radio Service in the United States was shut down for the duration of the war, with the exception of drills and excersizes conducted by the Radio Amateur Civil Emergency Service, or RACES as we still know it today.  Many Hams, young and old alike, volunteered for duty in the Armed Forces, serving in the Signal Corp in the Army and as radiomen in the Navy.

But there were other operators, too.

These were clandestine radio operators, who put their lives in peril.  Some lived behind enemy lines.  Others  parachuted into or otherwise secretly gained access to territory that was behind the enemy lines in the European Theater of Operations.  They volunteered their radio skills to get critical information from behind those lines to the Commanders of the Allied Forces. The average lifetime of one of these brave radio ops was about six months.  They were either extricated, or lost their lives as they were ruthlessly hunted by the German and other Axis armies.

These were the original QRPers, operating tiny little radios, often putting out less power than we QRPers are accustomed to today.  Because of their mission, their antennas were also stealthy, and not because they were worried of upsetting their neighbors.  No, these antennas were stealthy because if they were discovered, it cost the operators their lives. The "go kits" of these valiant operators often included cyanide or other poison pills, as while discovery meant death, it also meant a period of gruesome torture before that end.

Some of the stories of these clandestine radio operators, as well as the equipment they used were chronicled in a book called, fittingly enough, "The Clandestine Radio Operators" by Jean-Louis Perquin.  It is still available at Amazon. 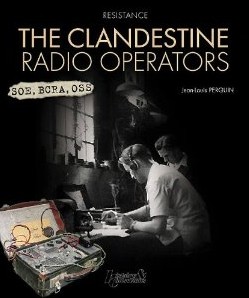 So the next time you're operating your "flea power" radio, whether it be from the comfort of your shack, or in the grandeur of the great outdoors, say a silent prayer for those who went before us - on a mission that had life and death consequences.  Their valiant efforts helped to preserve the freedoms that allow us to continue  operating our "clandestine radios" today.